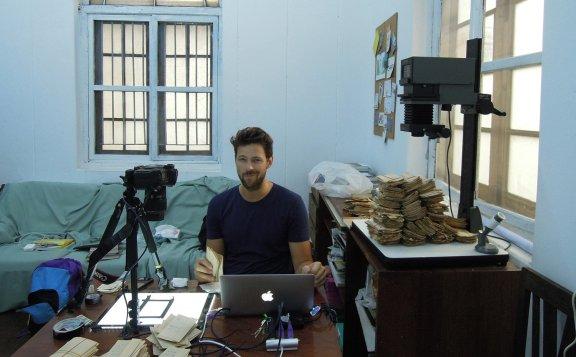 The pilot project will set out to investigate the remaining negative archives and collections by local Burmese photographers. The investigation will take place primarily in Yangon but also in Mandalay and Mawlamyine. A detailed report on remaining negative archives and their condition, as well as the possibility to digitise and secure them, will be made and if possible, test digitisation will be conducted in all three cities. One such archive has been identified already in Yangon.

In western archives late 19th century photography from Burma is primarily by foreigners. These negative archives by local photographers would offer one of the only visual archives of its kind and offer not only valuable insight for scholars but future generations of Burmese people as the material provides a unique insight into local life in Myanmar. These images are not foreign obsevations, they are (especially due to the isolation of Myanmar) an insight view from within. They were not meant to fulfil a poltical agenda but to represent how Burmese wanted to present themselves to their fellow countrymen (most images are portraits).

These negatives are the only record of Burmese documenting Burmese throughout the last century that are in a coherent form. The current changes in Myanmar can only be described as rapid and materials such as negatives from the past are not considered valuable at this time. Many remaining photo studios who's owners have practised photography for several generations and many decades have either disposed of their negatives as storage has become difficult or sold them to recycling stations in order to extract silver from the negatives. The report and knowledge gained as well as the connections made during the research period should lead to a detailed work plan and clear objectives and possibilities for a major project as well as clarification if the materials still exist in the hoped for quantity.

The project was able to identify two studios in Yangon that agreed to have some of their negatives in their archives digitised. The majority of the negatives come from the Bellay Photo Studio, with a smaller collection digitised from Asia Studio.

The owner of the Bellay Photo Studio, Tun Tun Lay, agreed to the digitisation of some of the negatives taken by his father, Har Si Yoi, starting in 1963, only one year after General Ne Win’s coup d’etat. The images taken in the studio capture life during the so-called ‘lost decades’ and present a unique insight into this time period, as there are no archives in Myanmar or abroad that hold a comprehensive collection of images from those decades. Bellay Photo Studio is run by an ethnically Chinese family and many of the clients were Chinese-Burmese as well. A community that suffered greatly during Ne Win’s Burmese Way of Socialism; they were persecuted, their properties were nationalized, and finally a ban on Chinese-language education was issued, which forced a major exodus of Burmese-Chinese to other countries. The negatives at the studio used to be stored in two large wooden cabinets which were destroyed by termites and humidity along with more than 50% of the negatives. The loose negatives, which had been kept in envelopes, have been stored in plastic bags since 2012. Through the digitisation process, the negatives were put in protective paper sleeves and sorted by topic. 4464 negatives with over 6000 images were digitised. They were taken from 1963 to 1982 with most of the images from the 1970s.

Another small but important archive of 134 negatives, including glass plates, was archived on the outskirts of Yangon. The grandson of the famed Asia Studio proprietor, U Kyawt, allowed the project to digitise a small section of his collection. The negatives and plates are stored in a wooden box without any kind of protection. The images include press photography capturing Aung San who is considered as the Father of the Nation of modern-day Myanmar and a hero for his struggle for independence. He is also the father of politician and current Minister of Foreign affairs, Aung San Suu Kyi. The images were taken in the 1940s; Aung San was assassinated in 1947. The Asia Studio archive holds many more valuable images that are at risk due to the storage environment.

The digitised negatives form a very important record from after Myanmar’s independence and will allow not only researchers in the West but also Burmese to access the unique photographic culture of their past that documented everyday life and how Burmese citizens wanted to be portrayed. This is especially true for the images from Bellay Photo Studio, as they represent various communities of Yangon in the late 1960s and 70s.

This project aims to document Burmese manuscript culture in its native context by exploring several surviving historical archives accumulated in villages of Upper Myanmar over the last 150 years. Manuscript collections will be surveyed at 27 sites in Sagaing, Magwe, and Mandalay regions.

The ethnic Pa'O (Tibeto-Burman, Karenic branch) minority group number close to one million persons and currently occupy areas as far north as the southern Shan State and as far south as the northern Mon State in present-day Myanmar.