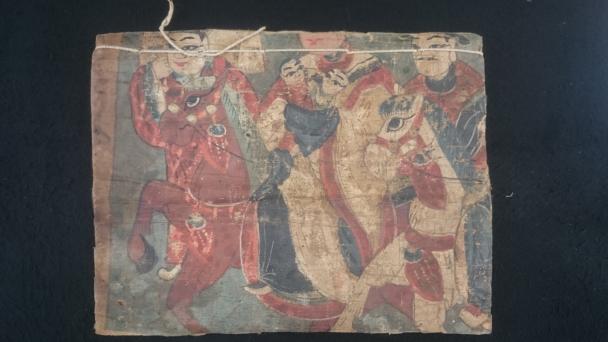 Example of manuscript binding
View archives from this project (803)

This project aims to preserve a corpus of 412 manuscripts that constitutes a resource of unique cultural value in Lanten society. Written in Classical Chinese supplemented with lexemes from Lanten language, these manuscripts mediate the transfer across the generations of the religious knowledge and verbal and non-verbal expertise enabling ritual experts to communicate with the Deities of the Lanten pantheon. To that end the manuscripts contain instructions for rituals of healing, marriage, death, ordination, and exorcism, specifying the sacrificial procedures and the Deities involved.

Lanten (also known as Lao Huay and Yao Mun) are classified as one of the 39 ‘ethnic minorities’ of northern Laos that are officially acknowledged by the People’s Democratic Republic of Laos. Lanten speak the Kim Mun language (Mienic-Hmong family) and profess a syncretic variant of Chinese folk religion in which Confucianism, Daoism, Buddhism and Lanten ancestor cults are merged.

In the 18th century Lanten migrated from the Guizhou, Guangxi and Yunnan Provinces of China into Laos and Vietnam following the social, political and economic upheavals during the last century of the Qing Dynasty (1644 to 1912). The first Lanten settlements were established in Laos in the early 18th century and many of the manuscripts still employed by ritual experts predate this period.

During the Indochina Wars (1946-1975), Lanten temporarily resettled near the Thai-Lao border. Deprived of the opium cultivation as their major source of income and seeking new means to finance their own opium dependence, a massive underselling of many of their possessions took place. Valuable ritual paintings that were once in use, Daoist manuscripts, and silver ritual objects were exported illegally across the Mekong River to appear at the art galleries in Chiang Mai and Bangkok. Academic publications provided information about their cultural significance also to art connoisseurs, which further enhanced the objects’ commercial value in an expanding art market. As a result most Lanten artefacts nowadays are part of museum and private collections in Europe, Japan and the USA. Furthermore, the deteriorating relations between Lanten in Laos and those residing in China and Vietnam prevented the influx of new ritual artefacts into the Lao Lanten communities. This resulted in a further depletion of the collections of objects, without which the rituals, in which the socio-religious order of Lanten society is enacted and reproduced, cannot be conducted. This pertains in particular to the Lanten manuscripts. Written on mulberry paper these address a wide spectrum of subjects and genres, including various official documents, religious scriptures, ritual texts, songbooks, Confucian teachings, medicinal recipes, books on marriage and divinatory texts.

Earlier field research conducted among Lanten brought to light the focal importance of the manuscripts in question for the ritual implementation and reproduction of the socio-cosmological order of Lanten society. Hitherto unknown to Daoist and Yao scholarship was the fact that some of these manuscripts date back to 17th century China. Yet their very preservation in Laos is seriously endangered by the developments mentioned earlier. The fragile manuscripts have become the target of collectors from all around the world and they currently fetch very high prices at the international art market. Therefore it is an urgent task to salvage these cultural resources – the project will establish a Digital Library of the Lanten Textual Heritage.

Whereas many of the remaining manuscripts are damaged to a varying degree, 412 exemplars have been selected that are valued by the Lanten experts as ritually most efficacious, and are in such a material condition that allows them to be successfully digitised.

The implementation of the project will consist of three phases:
1. Digitisation of the 412 selected manuscripts. The digitisations will be accompanied by short ‘biographies’ of each recorded manuscript and its owner. A sample of 84 manuscripts will be typed in Chinese and their contents summarised in English. The summaries and transcriptions will be undertaken using alternative funding.
2. Printed copies of the digitised manuscripts will be distributed among all Lanten communities in Laos. This will allow the original manuscripts to be removed from daily use and be restored and preserved either in the museum premises or with their owners.
3. Training of ritual experts in the conservation of their heritage: training of the staff of the Museum of Luang Namtha Province and of the Provincial Department of Information, Culture and Tourism in cultural and archival management and digitisation technics; creation of a website offering online the digitised materials; making available digital copies of the manuscripts and of any relevant data and documentation to the Programme’s Archive at the British Library; exhibitions and conferences about the Lanten manuscripts and their cultural significance in Luang Namtha, Luang Prabang and Vientiane.

A Memorandum of Mutual Understanding between the National Library of Laos, the University of Münster and the University of Hong Kong, has been approved by the Lao Ministry of Culture Information and Tourism and has enabled the development of this collaborative project funded by the Endangered Archives Programme.

During the digitisation process, the team established that not only many old ritual texts, now lost, had survived in the form of relatively recently reproduced manuscripts (from 1900 onwards) but that manuscripts without a date contained invaluable texts as well.

View archives from this project (803) 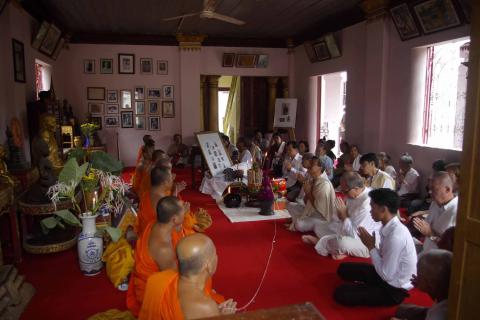 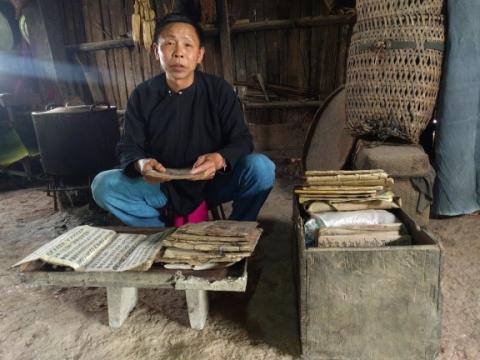 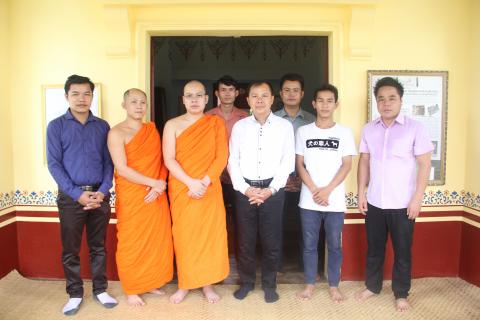