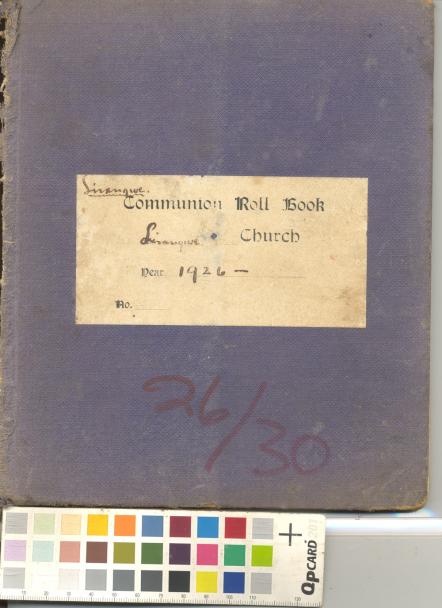 This project seeks to assess the extent and storage conditions of the country’s early Church records dating between 1861 and 1964, and partially digitise the most vulnerable of these records located in different mission stations in Malawi. The ultimate goal of the project is to make the Church archives more secure and accessible to a wider public.

Malawi, formerly Nyasaland, was a predominantly oral society and the argument by many commentators that writing was unknown in pre-colonial Sub-Saharan Africa, is also true for Malawi because no written records were generated until the arrival of the British missionaries in the early 1860s. Between 1861 and 1891 before the establishment of the Colonial Administration, different Churches were established in Malawi and influenced people in many ways.

The missionaries’ goal was to convert the natives to Christianity through the teachings of the Holy Bible by establishing as many mission stations as possible in order to reach out to as many natives as possible. In order to achieve this goal, the missionaries had first of all to learn and master the local languages for better communication with their would-be flocks. Having mastered the languages, the missionaries then translated the Biblical scriptures into the local languages. For instance, missionaries of the Universities’ Mission to Central Africa, having established their first mission station in July 1861, devoted themselves to mastering the predominant local language, such that by mid-1862 they were able to reduce the language to writing, translating the Lord’s Prayer and some Scripture passages. The natives who had converted to Christianity heard and were taught from the Scripture passages of the Holy Bible in their own languages.

Through establishment of the village schools, the Free Church of Scotland (1875) and the Established Church of Scotland (1876) missionaries were able to carry out mass-literacy campaigns. Such campaigns were aimed at teaching the predominantly illiterate people how to read and write so that, in turn, they could promote the spread of Christianity. The Dutch Reformed Church Mission, which was established in Malawi in 1889, had to adopt a policy of ‘no ability to read no Church membership’, in order to promote literacy among the natives who had come under the Mission’s influence. Other foreign church missions and indigenous churches were established between 1891 and 1964 when Malawi gained its political independence and they equally played an important role in the social-economic development of the country.

The Churches generated important records in the form of accounts, correspondence, day books, deacon’s diaries, manuscripts, maps, minutes, minute books, miscellaneous, nominal rolls (communicants rolls, baptismal rolls and catechumens rolls), photographs, registers (birth, death, expelled members and village schools), reports and statistics. These records are unique in that they are the earliest written documents in the country and they illuminate Malawi’s pre-colonial past more than any other records. Additionally, they complement the country’s official records, thereby sealing most of the gaps in the country’s recorded pre-independence history.

The date-range of the records targeted for this project is 1861-1964. This period is historic as it is regarded as a century of Malawi’s civilization when the missionaries first ‘governed’ the country for thirty years before the Colonial Administration took over in 1891. During the colonial period, the Church continued to play an important role in the colonial administration. For instance, they continued to provide education services up to 1929 when the colonial administration took over this responsibility and a member from the Church sat on the Legislative Council from 1907 up to 1961. From the 1950s involvement of indigenous Malawians in government and administration was minimal and only at lower levels.

After independence, indigenous Malawians took over leadership of various Churches and inherited the records that had been generated by their foreign predecessors. Due to the poor storage conditions prevailing in many mission centres in Malawi coupled with a lack of skills for proper management of the records, most of this precious documentary heritage has been damaged and lost. Moreover, a bulk of these endangered ecclesiastical archives is inaccessible to the general public owing to the absence of a catalogue or guide to the material.

This project will survey archival collections in various Church missions in the northern, central and southern regions, from the period 1861-1964. The most vulnerable and important records will be digitised as a preservation measure.

A total of 1,515 images of seriously endangered records from the different church missions were digitised. This figure surpassed the initial target of 1000 images. In addition the project team found that there were many volumes that were damaged due to termite infestations and were able to move them to a safer location. 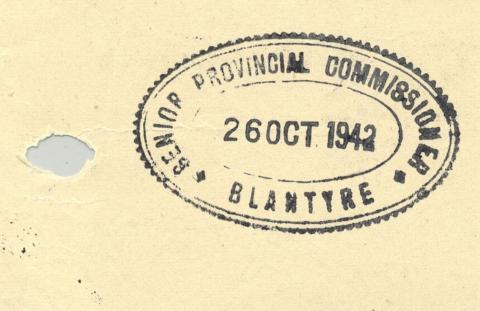 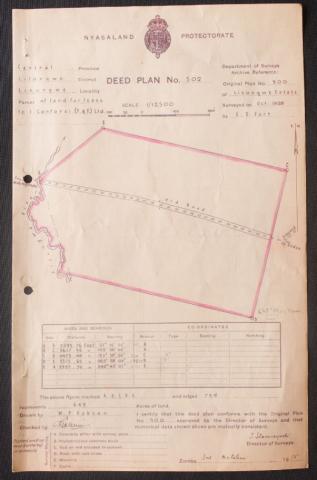 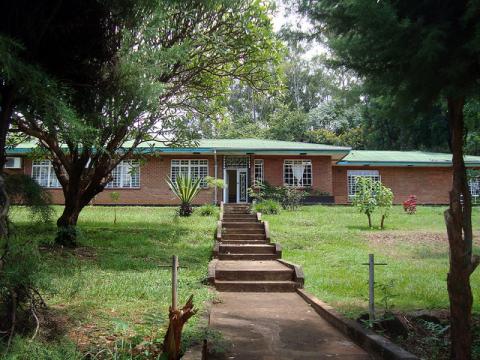