Frontispiece for the Dongkarla Kanjur
View archives from this project (823)

The kingdom of Bhutan is known today as the last bastion of the Himalayan Buddhist civilisation. Its temples and monastic libraries are seen as untouched repositories of the religious and cultural wealth which has been lost or seriously damaged in other parts of the Tibetan Buddhist world. With a long history and undisturbed continuity, Bhutan’s far flung temples and monastic archives represent a literary trove which is still largely unharmed and unexplored. They embody the philosophical and religious underpinnings of a traditional cultural ethos, which is fast disappearing under the pressure of modernisation and globalisation. Sadly, the remote temple archives today face unprecedented neglect and disinterest as more and more Bhutanese leave their rural homes to start life in urban areas and are preoccupied with pursuits of modern facilities. The temples of Dongkala, Chizhing, Dodedra and Phojoding have significant manuscript collections dating from the 16th century and later, covering a wide range of subjects from canonical writings to local biographical and ritual literature.

The hill top temple of Dongkala was first founded by two very interesting figures: Drubwang Rinchen Chodor and his disciple Terton Tsering Dorji, who were leading religious figures of their time in western Bhutan. While the former was a great meditation master who was well versed in both Kagyu and Nyingma meditation systems, the latter was one of the very few Bhutanese treasure discoverers. He rediscovered a highly advanced cycle of meditation teachings during his trip to Tibet. Very little was known about them until the project team came across an old autobiography of Terton Tshering Dorji in Dongkala temple during preliminary work. This autobiography may date from as early the 16th century as do many other books in the temple archive. The archive also holds a version of rNying ma rgyud ‘bum manuscript, which is said to be quite different from other Bhutanese redactions. The temple was severely damaged by earthquake in September 2011.

Chizhing Samtencholing was founded by the Sakya master Lodoe Rabyang in the 16th century, although little is known about the founder and his life. The temple houses a rich collection of books including a set of manuscript kanjur and works of the great Sakya scholars in xylographic print. The establishment presents a very unique case for the study of religious history in Bhutan as it was the main Sakya centre in Bhutan, which retained its Sakya affiliation even after the takeover of Bhutan by the Drukpa Kagyu school. The temple is now under the Central Monastic Body following the Drukpa Kagyu school and has seen acts of religious conversion and contestation even in recent years with the formal ban on the worship of a Sakya deity considered malicious by the Central Monastic Body in Bhutan.

Phajoding started in the 13th century as a hermitage of Phajo Drukgom Zhigpo, who brought the Drukpa Kagyu tradition to Bhutan. However, it saw its heyday in the medieval period of Bhutan’s history when the great scholar and 9th Je Khenpo or Chief Abbot, Shakya Rinchen and many other Chief Abbots of Bhutan retired to this monastic hermitage. Its main temple complex was built around 1755 by the 13th Desi ruler Sherab Wangchuk and Shakya Rinchen. Many monastic buildings were added in the later centuries and its library has also incrementally grown to be a rich collection of over 1,000 volumes including manuscripts and block prints. It was here that writings of the absolutist Tibetan philosopher Shakya Chokden were printed after they were banned in Tibet.

Dodedra, literally the ‘cliff of scriptures’, was established in 1779 by the 13th Chief Abbot Yonten Thaye (1724-84) and became also the seat of the 18th and 27th Chief Abbots of Bhutan. Its collection contains over 200 volumes of rare and interesting books including manuscripts of many local writings by Yonten Thaye, Shakya Rinchen, Sherab Gyaltshen and Jigme Norbu. It is believed that the collection contains unique short works by Yonten Thaye composed in the local vernacular although this is yet to be confirmed. The collection also contains manuscripts of the texts attributed to the 16th century Tibetan treasure discoverer Tshewang Gyalpo.

The books in these places are housed in the temple halls, generally wrapped in cloth and sometimes bound with a rope and stacked on the shelves of the temples. They remain vulnerable to damage and even possible destruction. For instance, the earthquake on 19 September 2011 has affected 339 temple in western Bhutan including those mentioned here, and destroyed 17 beyond repair. Similarly, a temple in Bumthang, which was built in the 8th century, and Pagar temple from the 18th century were reduced to ashes in the past year by accidental fire, probably from an electric short circuit. Despite the spiritual, academic and artistic significance of these collections to the local communities, scholars and wider audience, they remain in precarious conditions.

Making digital copies has proven to be the most effective and economical method of preservation. Such digital reproduction is also recognised as the best method to make the resources speedily available to the wider scholarly world, which otherwise would have no access to the collections due to their remote location and the restricted entry to Bhutan imposed on foreigners. Thus, the project plans to reproduce the entire manuscript collections in the four monastic centres in digital copies. Consent has already been obtained from the relevant authorities and the experience, equipments and staff from previous projects will be used. The outcome of the project will be at least 200,000 tiff images of the books with accompanying listings. A set of all the images will be deposited with the National Library and Archives of Bhutan, the Central Monastic Body under which the monasteries operate, and the British Library.

The project successfully digitised the entire manuscript collections in Dongkarla, Chizhi, Phajoding and Dodedra. In addition, permission was received to also digitise a small number of manuscripts at four other old temples, Phurdogkha, Menrikha, Thujedra and Pumola. A total of nearly 800 manuscripts, 300,000 images, were digitised. In the course of the photographic work, the team also cleaned bookshelves, changed book covers and generally helped to improve the conditions in which the original books were kept. Ties were also strengthened with the Ministry of Home & Cultural Affairs and with the Central Monk Body.

Five local staff have been involved in the project. As well as learning technical skills in photography and digital data management, they also gained a deep knowledge of the book culture and appreciation of the value and significance of traditional books and their preservation. The project also had at least three monks and priests in each of the temples participating in the work process who learned how to use cameras and computers and assisted in the photography. These monks and priests will be able to use their expertise to look after both the original books and the digital surrogates in the future.

The most significant social impact of the project, however, is the rise in the awareness of the digital documentation of the books. Partly triggered by recent temple fires, which have destroyed collections of books and artefacts, there is an increasing number of people who fully appreciate the efforts of documentation.

Digital copies of the manuscripts have been submitted to the National Library and Archives of Bhutan, the library of the Central Monk Body, and the British Library. The Shejun Agency for Bhutan’s Cultural Documentation and Research will also retain a copy.

View archives from this project (823) 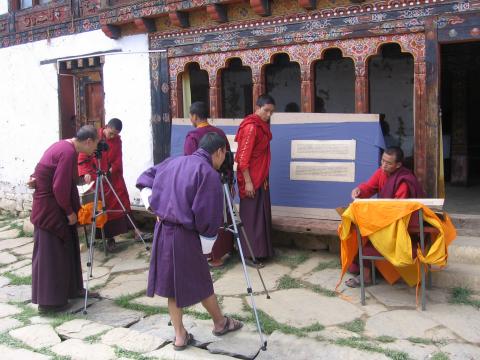 Drametse Monastery, founded in 1511 by Ani Choten Zangmo, the grand-daughter of the famous Bhutanese saint Padma Lingpa (1450-1521), is one of the major monasteries in eastern Bhutan. It is the home of Drametse Choje family which has produced many eminent religious personalities including three… 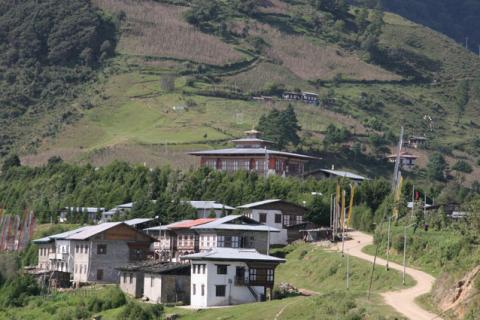 The temples of Tshamdrak, Neyphug and Thadrak in Bhutan hold significant collections of ancient manuscripts such as Buddhist canonical texts, religious and philosophical writings, historical and biographical literatures, which have hitherto remained unknown and inaccessible to scholars. The books… 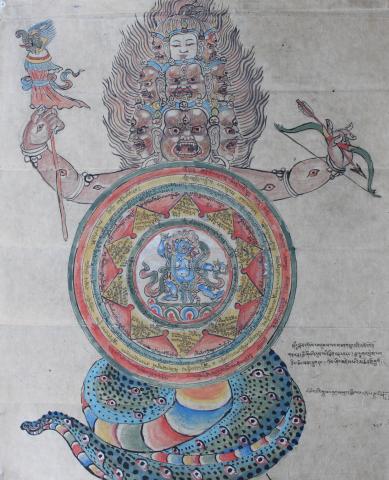 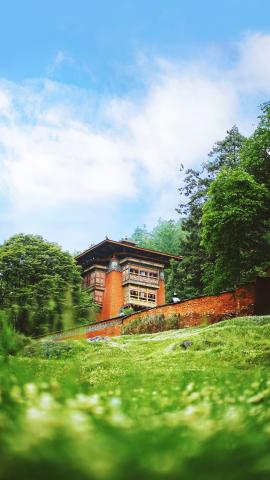