Over 700 monasteries were destroyed with their treasures and libraries during the 1937-38 political purges in Mongolia and religious practices totally banned under the communist rule until the 1990 democratic reforms. The Dambadarjaa monastery, one of the first three monasteries in Mongolia and built between 1761 and 1765, fell victim to this destruction. Two old temples and two shrines are all that remains of the original 25 buildings.

Some 340 lamas were sent here in 1790 from the different aimags of Ikh Khuree (now Ulaanbaatar). In its heyday, between 1911-1921, there were around 1,500 lamas in the monastery. In the 1920-1930s, the number of lamas in the monastery sharply decreased until there were only 150 lamas left by the time of the 1937/8 purges. As a result of the political repression in 1937, the monastery was closed down and many temples within the monastery complex and also in the aimags outside were destroyed. A huge white building for a holiday resort was built in 1940-41 on the foundation platform of the main Tsogchin temple, which was destroyed.

Today, what remains of the monastery is subject to structural aging and is in a critical condition since no repair works have been initiated since the 1930s. Since 1998 a small group of lamas and some Buddhist believers have been struggling to preserve what is left about the old mighty monastery. Now, despite desperate conditions, a daily chanting takes place from 10.00 am to 1.00 pm with a few lamas. Readings of requested texts are performed for individuals until 1.00 pm.

Lately, rapid un-controlled migration (from rural areas to Ulaanbaatar) settlements engulfing the monastery pose a serious threat to the very existence of Dambadarjaa as new settlers are growingly interested in acquiring land strips even at the expense of dismantling parts, if not the whole, of the monastery remains.

Now, one of the small surviving and structurally fragile temples holds around 1,500 Buddhist manuscripts and ritual items to be used in religious service for the public. All these manuscripts are subject to mice, great temperature fluctuations and fire. The old temple is in a structurally poor condition and in danger of collapse. The monastery truly lacks funding for repair works, maintenance and upgrading preservation conditions in the fragile library. Wrapped in silk and cloth fabrics in a traditional way of preserving Buddhist manuscripts, the material is stacked on shelves in very poor preservation conditions, with no environmental control systems in place.

The targeted manuscripts are of enormous interest to scholars, historians, Buddhist monks, researchers and the public for they have long been inaccessible to many except a few Dambadarjaa lamas. The manuscripts are considered rare and unique since they have survived the communist suppression against religion and deal with such subjects as traditional Mongolian and Tibetan medicine, astronomy, astrology, poetry, and history.

The project’s main aim is to help save and preserve approximately 200 of the most old and fragile Buddhist manuscripts dating from 1860-1920s through digitisation. Once digitised, the collection will become available to a wide range of readers including the general public, students and researchers, as a digital library of the collection will be created. The original manuscripts will be stored in fire-proof and acid-free containers/boxes in order to save them from being exposed to negative preservation conditions now present in the old library building as well as from excessive daily services and mishandling. Training courses and seminars will be held to further preserve and improve all manuscripts held in the monastery. Media promotional activities will be carried out to raise public awareness of the historically important manuscripts.

Digitised master copies of the collection will be stored at the Dambadarjaa monastery and the Monsound and Vision Foundation, and copies will be deposited with the British Library.

The project re-housed 200 targeted manuscripts in fire-proof and acid-free containers/boxes. 51 manuscripts totalling 7,400 sheets have been digitised and a total of 126 manuscripts have been provided with new wrappings. Training, seminars and media promotion have been developed to raise awareness of a general public and an academic circle to help realise and preserve the monastery stock stored in its library. And the Foundation has gained experience in working with religious archival materials.

Mongolian Buddhist manuscripts are normally found in four general formats still prevalent in monasteries. These include:

The most commonly seen is the palm leaf format called in the Mongolian language “sudar” or sutra. Sudar manuscripts come in three distinct size classes depending upon the number of pages – extended, medium, and abbreviated sudars.

Dealing with these old and fragile religious manuscripts was an extremely delicate job, with many of the manuscripts in a very fragile condition and heavy dust particles accumulated on each leave.

The original manuscripts have been housed in the monastery library and digital copies of 51 manuscripts (7,400 sheets) have been deposited with the Gandan monastery, Dambadarjaa monastery, Monsound and Vision Foundation, and the British Library.

View archives from this project (52) 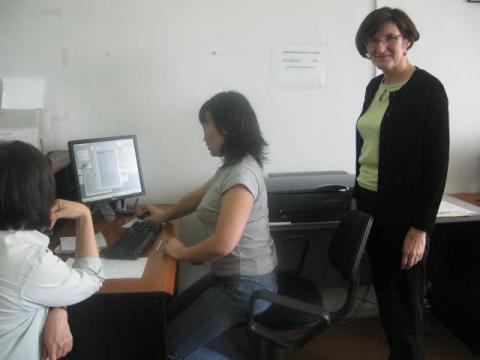 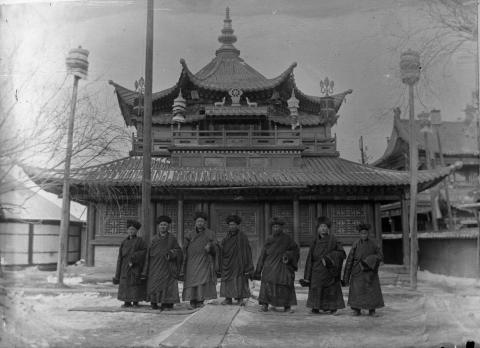 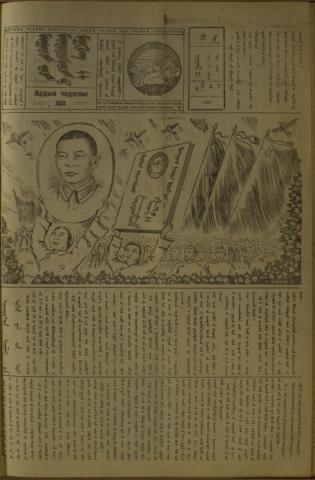