Documentary heritage at risk: digitisation and enhancement of the archive of the Monastery of Dominican nuns of Santa Rosa, Santiago, Chile (EAP821) 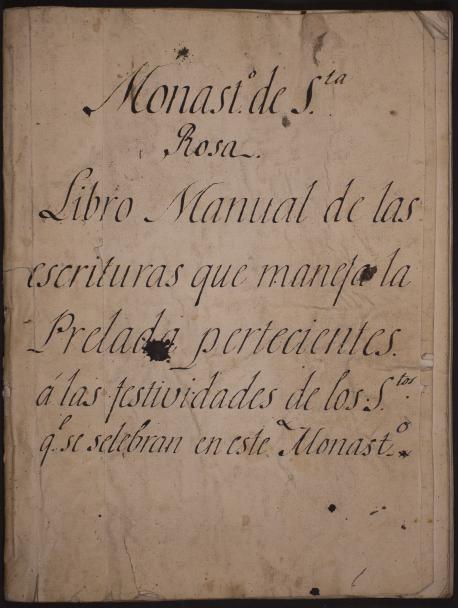 EAP821/1/1/20: Register of donation for the different festivities that were held in the monastery of St. Rose during the 19th Century
View archives from this project (109)

This project will digitise and relocate the Archive of the Dominican Monastery of Santa Rosa in Chile, one of the four oldest and most important archives of female writing of the country. Started in 1680 as a beguine convent and instituted as a monastery in 1754, the Dominican sisters were characterised by their cultural and intellectual life, reflected in these documents. 35,000 pages of hand written documents will be digitised, dating between 1700 and 1900.

The Archive of the Dominican Monastery of Santa Rosa is currently temporarily located in the Library of the Universidad de los Andes, in Santiago de Chile, and is in a high-risk situation. The recent and surprising decision of the monastery's closing in Santiago led to an urgent operation by the team of researchers from the Universidad de los Andes, to salvage and guard this documentary repository to avoid its deterioration and eventual loss, dispersion or disappearance.

The availability of this archive for future investigations will deepen key issues of the regional history such as the mestizo identity of the southern Andes, gender, heritage, devotional practices, social networking and education. The founder of this female Order, Santa Rosa de Lima, was declared the first American saint in 1672, and was subsequently appointed Patron Saint and protector of America. She promoted with her charisma a monastic model of female formation, based on the balance between the intellectual culture - achieved through pious and informative readings; the development of manual skills such as gardening, cooking and pastry making, embroidery; and artistic development in music, singing, poetry, painting and illustration, among other arts. This model also spread beyond the monastic walls and was replicated in civil society, not only in the elites, but in other groups, through the hierarchies established in each monastery and their economic, political, social and cultural networks.

It should be noted that one of the documents within this archive is of great value: an original handwritten letter of Santa Rosa de Lima, sent to her mother in around 1617. Unfortunately this is in very bad condition, waiting for possible restoration and subsequent digitisation. This document provides a particular meaning to the archive, since it constitutes a vital link with the origins of the Order in Latin America.

After digitisation, the manuscripts will be transferred to the Monastery of Dominican Sisters of the Immaculate Conception of Maule. This will include packaging of documents with paper and acid-free cardboard, storage in suitable containers, shipping and installation of the collection, and training to the religious personnel responsible for the archive about the use and conservation of the original manuscripts, and of the corresponding digital copy.

The project digitised a wide range of documents dating from between 1700-1900 of the Dominican Monastery of Santa Rosa, one of the four oldest and most important archives of female writing of Chile. It is a unique set of documents as the testimonies of women from this period have been preserved in few other places in Chile. Among the files are valuable diaries and autobiographies such as that of Dolores Peña y Lillo, which highlights the features of regional and local female idiosyncrasies. These documents are a great resource for scholars and contribute to research, study and dissemination of the model of female education at that time, based on the intellectual culture, crafts and arts. The project team digitised 107 volumes in total consisting of over 27,000 images.

View archives from this project (109)

Identification of the potential corpus for a Mapuche special historical collection

After 300 years of resistance to the Spanish imperial army, the Mapuche people of Araucania and the Pampas were progressively colonised by the young state-nations of Chile and Argentina. This carried the social and cultural consequences of a colonial domination: loss of the Mapudungun language,… 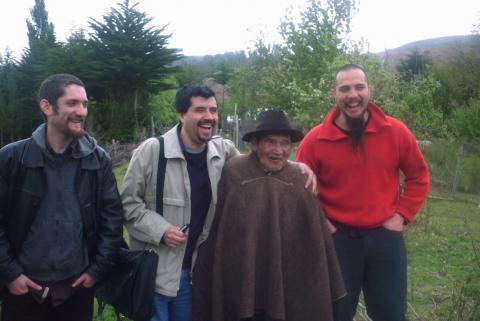 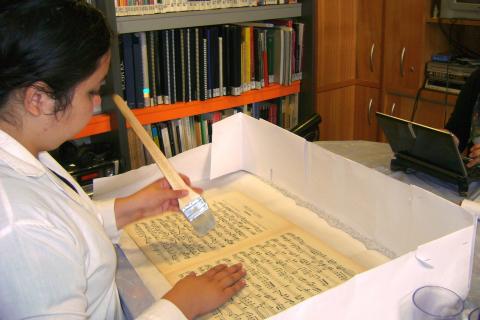 The aim of this project is to preserve the archives of a group of mutual aid societies in Santiago, Chile. These organisations were part of the first worker’s associations in Chile that provided social security (pensions and health insurance) before the advent of compulsory welfare programmes in…

Inventory, digitisation and research of the Francisco Salinas postcard collection

The project proposes to digitise a universe of 8,885 Chilean postcards which date approximately from 1876 to 1945 and make them digitally available to the museums audiences through the www.fotografiapatrimonial.cl, the museum’s online photography repository. The postcards depict different places in… 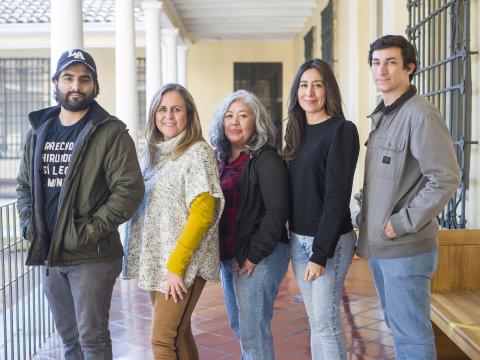