Recovering the Middle Congo archives at Pointe-Noire, Republic of Congo: new steps towards the social history of the Congo (EAP844) 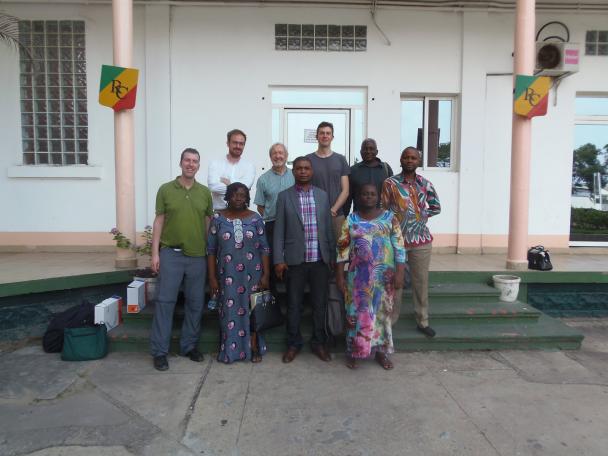 Project team - one member missing
View archives from this project (4)

This pilot project intends to locate the lost archives of the French colony of the Middle Congo, in Pointe-Noire, and to ultimately make them accessible - essential for studying the social history of populations in the present-day Republic of Congo. A pilot project is necessary to assess the state of the material and to proceed to the digitisation and the transportion of a selected amount of originals into the Archives Nationales Congolaises at Brazzaville.

The study of local and regional histories in the African continent during the late nineteenth and first half of the twentieth century strongly depends upon the availability of archival series relating to the “ground level” of former colonial territories. These series normally contain essential observations from the local level, documenting the interactions between local populations and the agents of colonial rule. Although they seem at first glance to be a “colonial source,” in fact these are often the voices of African populations. These documents thus provide crucial insights into the social history of “pre-industrial” communities, and frequently offer the views of individuals from the local level in relatively unfiltered ways, within petitions or transcripts from administrative interviews.

Political instability or rigid conditions of access make the use of some of the territorial archives before independence difficult in a number of African countries. Even so, these series can normally be found within the national archives of the countries in question. In this regard, the Republic of Congo is an exception. Presently, the former territorial archives (the “Archives du Moyen-Congo”, holding material from the end of the nineteenth century to 1960) are fully lost to researchers. These documents are not held in the Archives Nationales Congolaises at Brazzaville (which only administer a part of the Archives of the Government-General of French Equatorial Africa, a colonial archive of high-level policy and processes, and a part of the post-independence archives of the country). This constitutes a dramatic obstacle to the historical analysis of Congo’s pre-industrial history, both for national and for international researchers.

The Principal Investigator has worked on the history of the Republic of Congo as part of his European Commission-funded research on forced labour in colonial Africa and knows the accessible holdings on the country in both France and in the Congo. Through research in Brazzaville it appears likely that the “Archives du Moyen-Congo” may be found at Pointe-Noire, the former capital of the colonial territory of Moyen-Congo, possibly within the building of the Préfecture.

This exploratory project will cooperate in Pointe-Noire with four staff members from the National Archives, including its Director. The project will identify material, and define a strategy of creating an inventory, digitising and, eventually, transporting material into the National Archives in Brazzaville. If successful, this project would open the way to a lost territorial archive of immense value for any research on the Republic of Congo between 1880 and 1960. However, its importance is not limited to Congo, but it is quite central for research on the Congo Basin at large. This project will open new opportunities for comparative work (on the social history of populations under French rule) that are currently impossible, and provide indeed a new, principal source on the history of its local populations, for their colonial and precolonial history. It would, finally, also help very much to remedy the case of a missing local and regional history for an entire country, which is caused by the absence of the relevant archives. This initiative would therefore represent important progress to contribute to the country’s national memory.

Research was carried out in three regional/local archives in Pointe-Noire. These repositories are extremely relevant for the historical analysis of the Congo's (colonial and postcolonial) history, but have so far never been used by researchers. The team distributed its time between the Archives de la Préfecture de Pointe-Noire (APPN-CON), the Archives Municipales de Pointe-Noire integrated in the city's town hall, and the Archives du Chemin de Fer Congo-Océan (ACFCO-CON).

The project produced a survey and inventory detailing the archives found during the exploratory visit to Pointe-Noire.

The African Publishers' Network (APNET) is an association of publishers' associations in Africa which was founded in 1992.

The project aims to conserve, organise and digitise approximately 6,500 unique Tubman-era photographs, containing the only extant visual records of a major period in Liberian history and its role in the African pre- and post-independence era.