Preservation of the disappearing book heritage of Siberian Buddhists (EAP813) 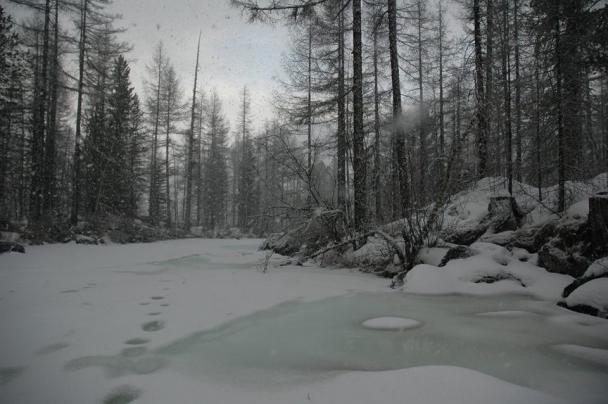 This project aims to document and digitise Buddhist manuscripts kept in private collections since the time of the total annihilation of monastic Buddhism in the USSR in the 1920s-30s. Three organisations will participate in the project: Buryat State University (BSU) as host institution, the Center of Oriental Manuscripts and Xylographs (COMX), and the Buddhist Academy of Aga monastery (BAAM). The manuscript collections will be surveyed at 26 villages in 9 districts of the Republic of Buryatia and 3 districts of Aga district of Zabaikal’skii krai (Russia) in proximity to the sites of the traditional Buddhist monasteries. Most of the manuscripts are religious and have been created during the 17th-19th century. They are a part of the unique traditional cultural heritage of Buryat people. As part of the project, transferring some damaged manuscripts for restoration and storage in COMX will be negotiated. The results will be a digital library with the 100 most valuable manuscripts available online, an electronic database with approximately 1,000 entries; and an interactive map illustrating private collections of the region.

After Tibetan Buddhism had spread in East Siberia, the Buryats began to purchase Buddhist sutras from China, Tibet and Mongolia. Moreover, from the late 18th c. the Buryat Lamas started producing books in their own monasteries. Only one third of Buddhist book heritage survived after the 1930s, and a half of it was handed over to the Buryat Scientific Committee (now COMX). The other half was thought of as lost. Research conducted recently by Andrey Bazarov and Nikolay Tsyrempilov showed that many manuscripts are still preserved by the faithful. This heritage has tremendous significance both for the traditional Buryat culture and academic studies. Many of these manuscripts are unique and have no copies. The manuscripts were kept for all these years from 1930s and are still being kept in attics or underneath houses, in tree hollows or caves. Climatic conditions in Siberia make the paper over-dried which result in its total disintegration. Most of these manuscripts are in a deplorable state and desperately need urgent measures to be saved. The manuscripts have never been systematically surveyed, catalogued, or digitised. Superficial research has been conducted in several districts of Republic of Buryatia and Zabaikal'skii krai in 2008-2010.

The private collections typically consist of unfiled sheets of pothi format made of Tibetan, Chinese or old Russian paper. Typically, the books contain descriptions of rituals of propitiation of local deities, instructions for treatment of various diseases, texts of divinations, Buddhist canonical writings, and historical records. By a rough estimation, approximately 60-70% of the manuscripts are ritualistic and canonical texts.

Some manuscripts’ value may be in design, illustrations, and calligraphy. For linguists and historians the manuscripts are important sources for understanding the transformation of literary language and book culture. When selecting the manuscripts for sending to archives in 1930s, the then specialists rejected many of them as having little value. Nowadays, it is realised how important they are for the study of the Buryat cultural tradition.

The regions to be surveyed are located in the south of Transbaikalia, where the majority of Buddhist monastic libraries and printing houses were concentrated. As a result of the 2007-2008 preliminary survey in 9 villages, a non-systematic catalogue of 250 manuscripts and a survey map of the collections location were compiled (http://digitoria.imbtarchive.ru). Based on this study, there is a tentative understanding of genre composition.

The owners of the manuscripts (in most cases simple villagers) refuse to hand over the books to archives believing that fortune may leave their families. Indeed, a whole cultural tradition exists around the books. Nonetheless, many owners agree to donate books. During recent years some manuscripts were brought to COMX, but they are still in quarantine as there is no qualified restorer in the region able to deal with Asian paper. Saint Petersburg Institute of Oriental Manuscripts is the only place where there is an Asian books restoration laboratory in Russia.

Participants from three organisations will work for the project. BSU trains specialists in the field of Buddhist culture with knowledge of classical Mongolian and Tibetan. These young specialists will be involved in the project, in their first experience of field work. Three groups will travel throughout nine districts of Republic of Buryatia and Zabaikal'skii krai and look for private manuscript collections. Upon finding books, the group members will conduct negotiations, digitise manuscripts and input basic information about the books and their owners in an electronic database. BAAB members will render support in the process of searching for the manuscripts and conducting negotiations with owners. The database will become a basis for a fieldwork survey and an interactive map. All the results of the fieldwork will be uploaded on the specially created project's website.

The website will become a core segment for a laboratory of Buryat manuscript studies. A group of researchers, graduates and undergraduates will continue the work on the digitisation of written heritage of Buryatia.

The project team surveyed the planned nine districts in the Republic of Buryatia and Zabaykalsky Krai but were only able to find collections in six of them – Okinskii, Selenginskii, Kiakhtinskii, Kizhinginskii, Zaigrayevskii, all districts in the Republic of Buryatia, and Aginskii district in Zabaykalsky Krai. As a result of this survey, around 1,000 manuscripts were discovered with the project team digitising 334 of the most unique and valuable.

The manuscripts have great significance both for the Buryat traditional culture and for academic studies. The earliest of them has been dated back to the mid-18th century and the latest the 1960s. Only a few of the manuscripts contain precise dates of creation whereas the dates of other books and documents could only be inferred indirectly from the type of paper used, writing style and content. The majority are associated with Buddhism and Buddhist rituals, though many are just disguised as Buddhist but actually contain Buryat pre-Buddhist everyday rites and instructions, for example: how to stop nightmares; dream interpretations; the ways to treat domestic animals; rituals of propitiation of local deities. There are also Buryat historical chronicles as well as histories of Russia, Tibet amd the Mongol empire. The team found many previously unknown samples of Buddhist works authored by old Buryat lamas, including commentaries of Buddhist canonical works, as well as biographies and songs. Almost all of these were hitherto unknown to researchers or known to exist but considered to be lost. One example is the Tibetan poem by a prominent Buryat lama Samdan Tsydenov about his 1896 travel to Moscow and Saint Petersburg.

The material is also available, with larger images, on the project website. Project holder Dr Nikolay Tsyrempilov from Buryat State University has also written a post ‘Disappearing book heritage of Siberian Buddhists’ on the Endangered Archives blog detailing one of his trips he took to try and find manuscripts in a mountainous region of Buryatia.

The project survey includes a short historical overview of Buddhist manuscripts culture in Buryatia, as well as a description of the exploration process and results, outline of problems faced, recommendations of strategies and digitisation methods, maps and an abridged inventory. EAP813 project survey download (PDF 14,923 KB)

View archives from this project (342)

The project will digitise and research the archive of the famous Khorezmian Archaeological-Ethnographic Expedition of the Academy of Sciences of the USSR, which operated from 1937 in Central Asia under the leadership of Sergey Tolstov.

The aim of the project is to search, describe and assess the preservation status of the unique archives in private and church collections in Transbailkalia which eventually are to be digitised.

This project will scan, catalogue, and prepare for long-term preservation all the manuscripts in the collection of ʿAlī al-Ghumūqī (1878-1943, better known in some contexts by his Soviet name Ali Kaiaev), a major figure in modern Dagestani intellectual history, whose oeuvre encompasses an astonis