Digitisation of the endangered Cham manuscripts in Vietnam (EAP698) 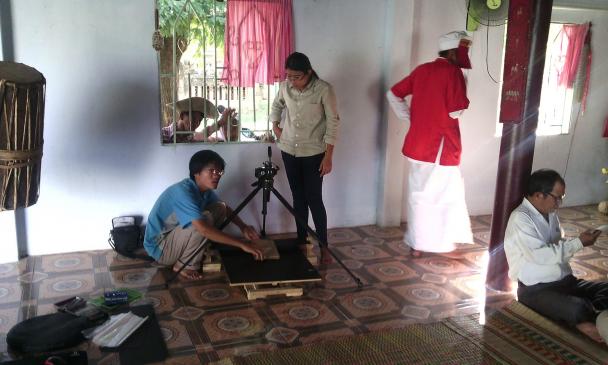 An important cultural group within Vietnam, the Cham once had their own kingdom called Champa, which lasted from the 7th century to 1832. There are about 162,000 Cham people living in Vietnam today, concentrated in Central Vietnam and the Mekong Delta region. The Cham people possess a fascinating history and unique culture within Southeast Asia, still appreciated today through their ancient temples, ritual practices and daily customs. The most notable evidence of Cham civilisation is their writing system, which has been used for centuries. Their manuscripts contain rich information on Chamic civilisation and written records of Chamic languages. There are large gaps in Cham linguistics and history due to the fact that Cham manuscripts are not easily accessible to scholars. Digitising Cham manuscripts will not only preserve the manuscripts but also make them much more accessible to scholars worldwide.

Through the earlier pilot project EAP531 it was discovered that there are up to 3,000 Cham manuscripts, including palm-leaf and paper, still available in the Cham communities in Central Vietnam. These manuscripts are currently in very poor physical condition and will continue to deteriorate in the tropical climate of Vietnam.

This project will digitise approximately 400 selected manuscripts in Cham communities in Central Vietnam. The selected manuscripts will be those that are the oldest and unique in their content. The project will also assist manuscript holders in preserving their manuscripts by providing them with acid-free archival boxes and basic preservation knowledge. A 3-day workshop will be conducted on preservation and digitisation for local archivists. In addition, the project will help raise awareness of the value of Cham manuscripts and their endangered conditions among the Cham, local archivists, and Chamic Studies scholars.

Digitisation will be undertaken within the villages by two mobile teams, led by Mr Thap Lien Truong, a Cham scholar based at the Centre for Cham Cultural Studies in Ninh Thuan. A third team will be based in Ho Chi Minh City to process the digitised manuscripts, led by Dr Thanh Phan, vice-director of the Centre for Vietnamese and Southeast Asian Studies at the University of Humanities and Social Sciences in Ho Chi Minh City – both are Cham themselves and leading scholars of Cham manuscripts.

The manuscripts will remain with their owners as many manuscripts are religious material currently in use and cannot be removed from the communities. Digital copies will be deposited with the University of Social Sciences and Humanities in Ho Chi Minh City, Vietnam, and with the British Library.

Preserving the endangered manuscripts of the Cham people in Vietnam

Historically and culturally, the Cham are probably the most important minority group in Vietnam. Descendants of the Champa kingdom that lasted from the 2nd to the 17th century AD, the Cham are the largest group of Hindu and Muslim people living in Vietnam. These people possess a rich culture that… 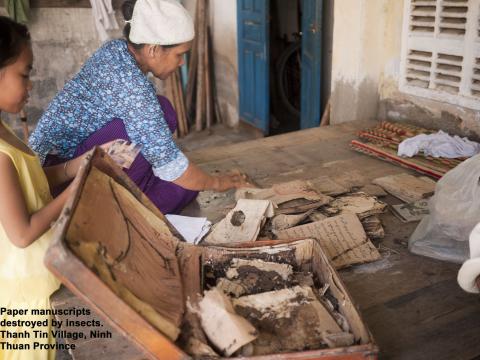 This project will preserve and make accessible to researchers the balance of a rare and vulnerable body of materials related to the history of East Timor (Timor-Leste), following the successful copying of a portion of this archive in 2007 under the previous project EAP032. The materials that are… 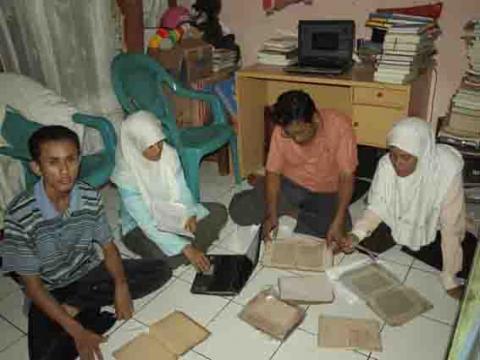