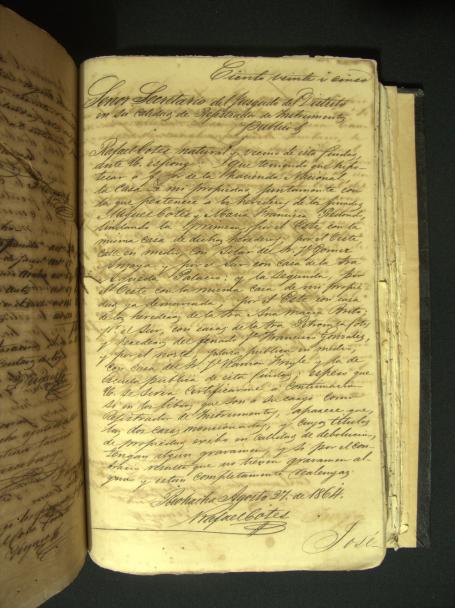 This project will digitise and make available through the internet some 100,000 notarial records from the city of Riohacha, on the Caribbean coast of Colombia, and the peninsula of La Guajira. The understudied Guajira peninsula has significance for the history of Colombia, the Caribbean, Latin America, and the Atlantic World. Riohacha was founded in 1545 by Ambrosio Alfinger, an agent of the Welsers, an important German merchant family. In the XVI and XVII centuries the area’s rich pearl beds attracted English, Dutch, French and Spanish smugglers. Later La Guajira became an important cattle-producing area where large-scale ranchers created great wealth based upon slave labor. By the 18th century Riohacha had become the provincial capital. This region remained an important entrepôt for both legal and contraband trade in slaves, gold, and other commodities. The endangered records of Riohacha offer unique information on the economic and social history of the region and will contribute to scholarship on Latin American, the Atlantic world, the circum-Caribbean, slavery and borderlands studies.

The Notaria Primera (First Archive) holds materials that document the region’s rich commercial and social history. These include documents for the purchase and sale of public and private properties from both urban and rural settings; land petitions and adjudication of disputes over public and private lands; documents pertaining to the formation of merchant societies and to the commercial exchanges among Spaniards, foreigners, and indigenous Guajiros; slave sales and purchases, as well as manumission documents; wills and testaments of the most important families in the region which detail social and political alliances and the formation of wealth. The appreciation of the importance of archival collections as an important patrimony of the greater Caribbean is only now developing in Colombia, with some preservation efforts being made in Cartagena, Santa Marta and Valledupar. Other areas of Colombia, such as Riohacha, lack any archival organisation to preserve these precious, and rapidly disappearing, materials. The endangered notarial documents of Riohacha are the administrative responsibility of a public notary, but because they are public records, anyone can consult them.

Adding to the importance of these documents is the fact that Colombia still struggles with the legacy of slavery. Approximately one-fourth of the nation has African ancestry and yet their history has been largely ignored. Recently, there is a growing interest in Colombia’s multi-racial past and the Colombian Constitution requires inclusion of Afro-Colombian history in school curricula. The documents that will be rescued will enrich the national and regional narrative by capturing a multi-racial frontier society that included enslaved and free people of African descent as well as many other ethnic groups.

Copies of the records will be freely accessible through the internet on a website maintained by Vanderbilt University. Copies will also be deposited with the University of Cartagena, the archive of the Notaria Primera of Riohacha and with the British Library.

The project team conducted a training workshop at the University of Cartagena for the Colombian team and university students. Thereafter, the Colombian team leaders accompanied students on regular trips to the archives of Riohacha. The teams were able to complete the work on the Notaria Primaria of Riohacha sooner than expected and, with approval from the British Library, teams were sent on to digitise ecclesiastical and notarial records in Lorica, Colombia. A total of 41,196 documents were digitised. Team leaders at the University of Cartagena created descriptive lists of the digital images and reported regularly to Jane Landers and Pablo Gomez, the co-directors in the U.S.

The co-directors made two trips to Cartagena to collect materials and to participate in a closing conference open to the public. In addition, Vanderbilt University hosted an international conference which further publicised the EAP projects in the United States, Canada, Brazil and Mexico.

This project created a digital archive of approximately 42,000 catalogued and described images which are now freely on a website which will be maintained in perpetuity by the Alexander and Jean Heard Library at Vanderbilt University, Nashville, Tennessee, USA. These images and their corresponding descriptive fiches are now redundantly stored in external memory drives, DVDs, and network servers at the Heard Library. In addition, copies of all materials have been deposited in the archive of the University of Cartagena, the archive of the Notaria Primera of Riohacha, and with the British Library. The original notary documents remain in the Notaria Primera in Riohacha and in the Notaria Unica de Lorica. The Santa Cruz church retains all original ecclesiastical records in Lorica.

View archives from this project (73) 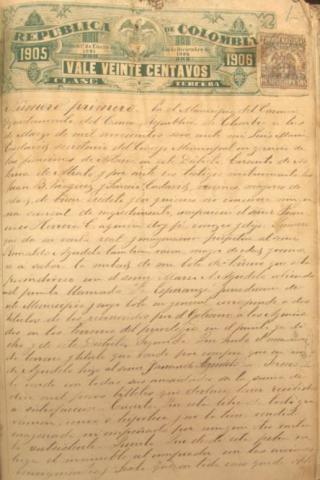 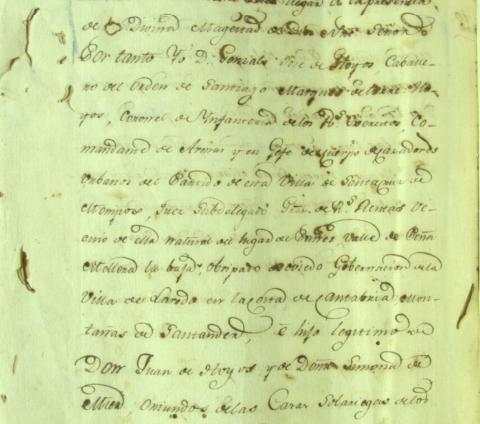 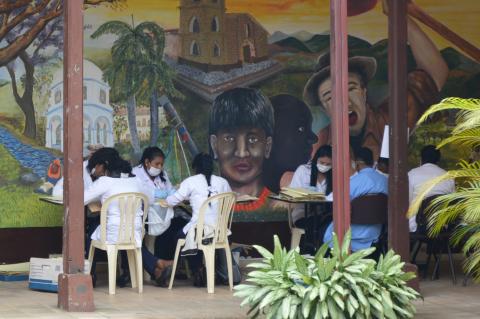