The manuscripts of the Riyadh Mosque of Lamu, Kenya (EAP466) 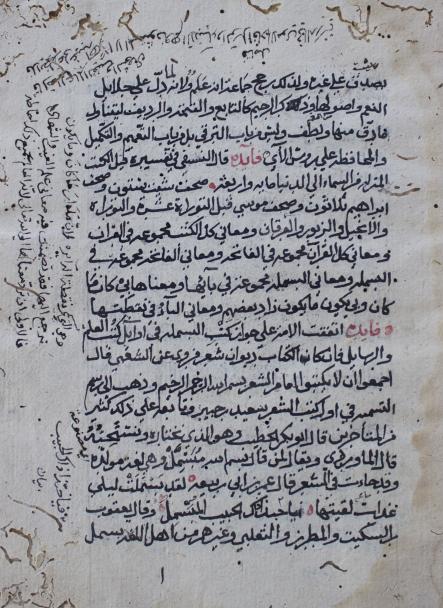 This project will salvage the manuscript collection held at the Riyadha mosque in Lamu, Kenya. The Riyadha mosque college was founded in the late 19th century and is one of the oldest continuously functioning Islamic teaching institutions in East Africa. From its inception to the present day, the Riyadha has drawn students from all over the region. The teaching tradition of the Riyadha mosque is closely linked with similar institutions in Yemen and with its offshoots elsewhere in East Africa. It thus not only represents a local teaching tradition, but a wider Indian Ocean tradition that over time came to epitomise East African Islam. However, the exact content of this tradition during the past 100 years is less known, precisely because the manuscripts used in teaching have either deteriorated completely or been too delicate to use for research.

The collection of approximately 130 manuscripts holds several unique copies and represents Islamic education in East Africa for the past few hundred years, with the manuscripts dating from 1837 to 1920. The collection is in a state of rapid deterioration, being stored in a broken cupboard exposing the material to the harmful climatic conditions prevalent in Lamu, of humidity causing fungus and mildew. Insects have caused much damage to all the manuscripts.

During the start-up phase of the project, all the project participants will be in Lamu. Dr Shamil Jeppie, who has experience in Islamic manuscript research and conservation, and Dr Anne Bang, expert on the Islamic intellectual history of East Africa, will supervise the startup process in collaboration with Eirik Hovden (University of Bergen), Ahmad Muhsin Badawi and Aydarus Muhsin Badawi (Riyadha Muslim Academy). Aydarus and Ahmad Muhsin Badawi are descendants of the founder of the Riyadha and currently responsible for the teaching facilities of the mosque. They are both educated Islamic scholars and are also familiar with manuscript digitisation and indexing. In light of the position of the Riyadha as a traditional Islamic teaching institution, it is vital to note that Aydarus and Ahmad Muhsin Badawi have the support of their elders in the undertaking of the current project.

The photographing of the manuscripts will take place in the Riyadha library and by Riyadha staff. The digital images will be stored in sequence on external drives, and DVDs will be burnt successively as each manuscript is completed. Listing will be produced together with each manuscript, in accordance with the British Library Endangered Archives Programme guidelines. The progress of the copying will be subject to reporting every month, and measured against the work-plan produced at the outset. Copies will be deposited with the British Library and the library of the Lamu Museum.

Of the 130 manuscripts in the Riyadha Mosque, 106 were fully digitised following EAP standards. The remaining 24 were in too poor condition to be opened up and photographed by tripod and were digitised using a smaller handheld camera. In total, 19,735 images were taken.

The local staff at the Riyadha Mosque have been very well trained in the use of photographic equipment and processing software and have agreed to train other staff.

Digital copies of the manuscripts have been deposited with the Riyadha Mosque in Lamu, Kenya; the library of the Lamu branch of the Kenya Museum; the Kenya National Museum, Nairobi; and the British Library.

Read online the open access article: Localising Islamic knowledge: acquisition and copying of the Riyadha Mosque manuscript collection in Lamu, Kenya, published in the EAP Anniversary publication From Dust to Digital. The article can also be downloaded as a PDF (726KB).

View archives from this project (145) 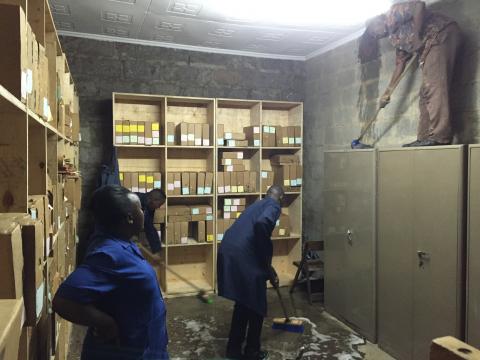 The East African (EA) Herbarium library houses rare and unique historical botanical collections in the form of slides, microfilm, photographs, card index and illustrations that were collected in pre-colonial and during colonial times. These priceless heritage collections are endangered due to the… 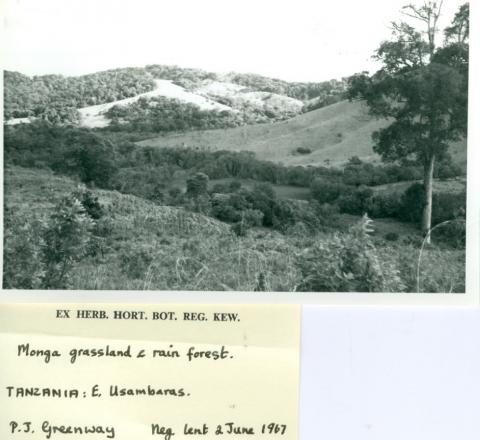 The Birth of a Nation: preserving records on the Kenya-Uganda railway line

The proposed project aims to establish the extent of the Nairobi railway museum’s archive and carry out a digitisation exercise on a sample of its invaluable collection. The collection which primarily holds records on the building of the Kenya-Uganda railway (1896 – 1901) provides one of the key… 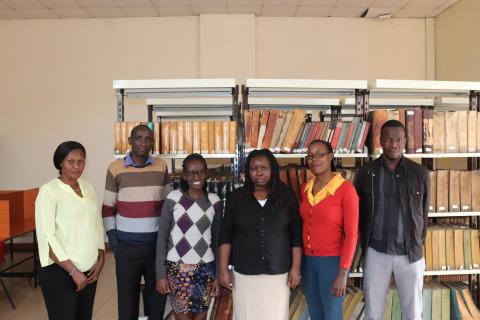