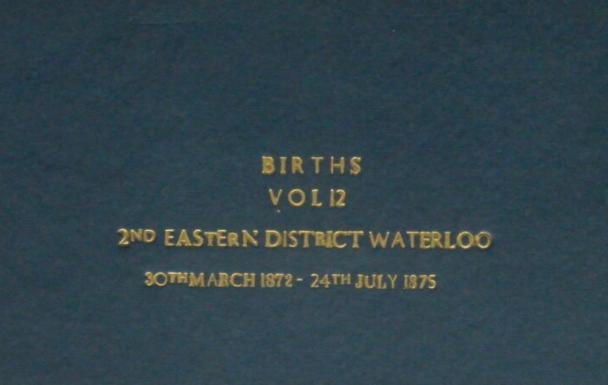 The project proposes to undertake the urgent preservation, through digital technology, of the extensive nineteenth century holdings located in the Sierra Leone Public Archives. As outlined in the reports from the previous Pilot Project EAP284, the physical preservation of the documents is in serious jeopardy. At present, materials are held in three locations on the campus of Fourah Bay, with virtually no space for researchers to work or for digitisation to take place. Many documents are stacked on the floor in one room, while others have been put in acid free boxes on shelves in a high rise with no water, frequent power failures, and no air conditioning. Windows have been broken by strong winds, and not repaired. As a result, humidity is at the same level as outside the building, in the tropics, and in the dry season, the harmattan dust from the Sahara enters the windows, covering everything. While the Government of Sierra Leone is aware of the situation, there are no public resources available because of other pressing needs of reconstruction and development in the country.

The materials being targeted here include valuable documents of immense importance for research on the transatlantic slave trade and its repercussions. The original Registers of Liberated Africans who were taken off slave ships by the Royal Navy from 1808 to the 1840s document more than 85,000 individuals. In addition, there are Letterbooks which provide information on the treatment and ‘disposal’ of tens of thousands of “receptive” Africans, court records, treaties with local chiefs, and other documents that are essential materials for any research on Sierra Leone. Moreover, there is important genealogical information for many people in Sierra Leone, including birth and death registers from the 1850s. Additional materials include registers of “foreign” children resident in Freetown, dating from the 1860s onwards, and registers of slaves who had escaped from the interior to Freetown, as well as letterbooks in Arabic that relate to political and commercial relations with the interior of West Africa in the second half of the 19th century. It is estimated that 60,000-100,000 images will be taken so that all materials relating to the Liberated Africans are preserved, including Registers, Letter Books, Governors’ Reports, Birth and Death records, and Missionary reports.

The Archives will implement the Project under the direction of Albert Moore, Chief Government Archivist. Professor Lovejoy from York University and Professor Schwarz from Liverpool Hope University will make three trips to Sierra Leone to provide support, ensure that the project is running smoothly, that supplies, equipment, etc. are imported at cheapest costs, and that digitised materials are copied for deposit at the British Library, WISE and the Tubman Institute to assure redundancy. Jennifer Toews, Archivist, will also be involved, bringing her archival expertise to the project and will advise and train staff on producing an up-to-date inventory/catalogue of the archives.

The project will involve the following:

More than 170 volumes held in the Public Archives of Sierra Leone were digitised, with over 32,000 images. Collectively, these volumes provide information on the identities, origins and experiences of enslaved Africans forcibly relocated to the British Crown Colony in the nineteenth century. Other volumes relate to the inward migration of people from the colony’s hinterland, including registers of slaves who had escaped from the interior to Freetown. The volumes include series of registers of births and deaths, which are in a particularly fragile and endangered condition.

Considerable progress was also made during the project in building local skills and capacity to contribute to long-term preservation of the archives, including training of the archival staff to undertake digitisation to British Library standards. A period of training undertaken by the Deputy Government Archivist directly influenced the introduction of rules and regulations for the use of archives. The supply of archival materials, including acid free boxes and tissue paper, contributed to the physical preservation of some of the most endangered sources in the archives. The condition of the documents overall remains precarious; most are stored without protection on open shelves and are adversely affected by very high humidity. Windows have been broken by high winds, and as a result the documents have no protection from the elements. This also contributes to high levels of dust in the storage rooms. There is still a vast amount of nineteenth-century material requiring digitisation. Good progress has been made in shelving documents previously stacked on the floor, but there is a huge backlog of material in urgent need of preservation. Further timely intervention will prevent the loss of many invaluable records.

Throughout the project, emphasis has been placed on raising awareness of the importance of material held in the Public Archives of Sierra Leone through conference presentations and publications. A new book edited by Lovejoy and Schwarz draws attention to the significance of the archival material held in Sierra Leone. This book, Slavery, Abolition and the Transition to Colonialism in Sierra Leone, will be published later this year. During an international conference on ‘Sierra Leone Past and Present’ in April 2012, the Senior Government Archivist presented a paper on the scope and significance of the archives. The proceedings of the conference were streamed live on national television and radio, and international and local delegates had the opportunity to take part in a tour of the Sierra Leone archives.

Digital copies of the endangered archival material have been deposited at the Public Archives of Sierra Leone, the British Library, the Harriet Tubman Institute for Research on the Global Migrations of African Peoples at York University, the University of Worcester and the Wilberforce Institute for the study of Slavery and Emancipation at the University of Hull. A digital copy of the material was also deposited at the library of the University of Freetown. This is to enable Sierra Leonean students to have access to the material for their undergraduate and postgraduate studies. 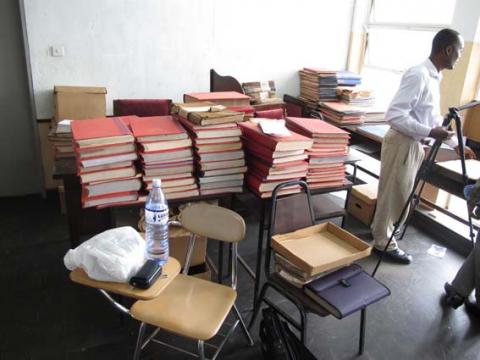 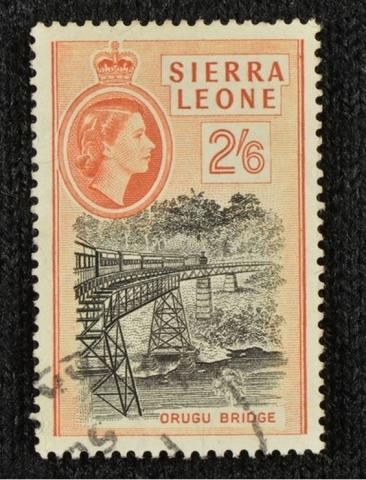 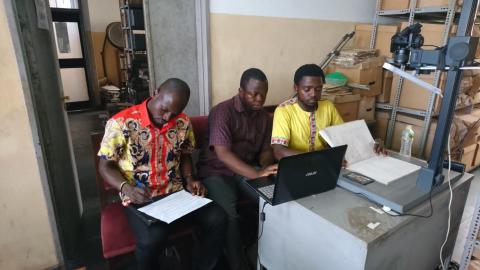