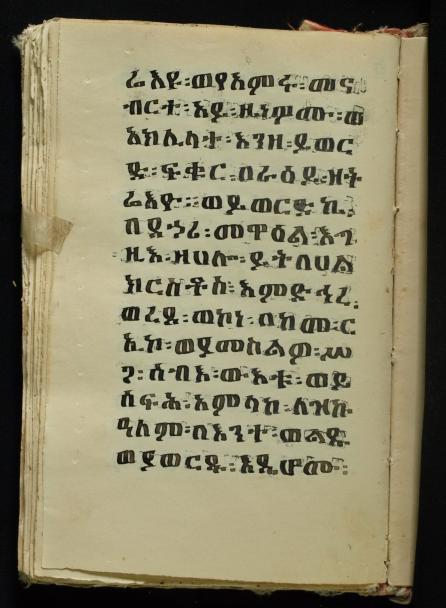 Example from the collection
View archives from this project (12)

The project will undertake a survey of monastic libraries in the Säharti and Enderta regions of Tigray, Northern Ethiopia. The survey will involve travelling to some thirty selected churches or monastic sites and documenting the content of each library holding and identify rare books and collections. The state and condition of each library will also be assessed and the degree of danger posed to each collection. Sample selective digitisation will be undertaken according to BL specification.

Ethiopian Christian manuscripts written in the classical language, Ge’ez, contain precious and vital information on the history, culture and traditions of Ethiopia. Of the first corpus of Ge’ez texts were translations of the Bible from Greek in the 4th century followed later by hagiographic, liturgical and historical documents. There remain, according to some estimates, over 350,000 Ethiopian Christian manuscripts in Ethiopia.

The current state of manuscript keeping and writing in Ethiopia is worrying. Because of such factors as the introduction of the printing press with its massive scale of production of a specific version of a book and the costliness of branna (the traditional parchment material), the art of manuscript writing is rapidly disappearing. Manuscripts are also increasingly being traded for basic goods, as monasteries are generally lacking in resources and surviving minimally. Ethiopia also lacks a national preservation programme, a body which would otherwise identify, document and assemble valuable monastic collections.

The main objective of this pilot project is to identify valuable collections in the Säharti and Enderta regions of Tigray, undertake inventories of selected endangered materials and provide samples of inventoried materials. Tigray is Ethiopia’s northernmost province and home to over 4,000 churches and monasteries. Until recently, the area was heavily absorbed in a civil war, making any kind of study or survey of monastic libraries rather difficult. The region has, of recent times, experienced some measure of calm and political stability, opening a window of opportunity to explore and identify key and endangered collections. The Tigray Tourism Commission, a governmental organisation, has already compiled a list of manuscripts found in selected churches and monasteries. However, this data is neither complete nor exhaustive.

This survey will document the location of important collections and describe in detail their physical state, which is necessary before a full programme of digitisation can take place. Whilst surveying the sites, sample digitisation will enable the collaboration of Ethiopian personnel who are responsible for the state and condition of each holding. This preliminary stage will enable the preparation for a digitisation project divided in phases and stages based on degree of endangerment and scholarly value of the collections. Careful documentation of a collection has advantages for local churches and authorities assisting them to better control the content of their holdings and help to serve as a protection against the threat of theft.

Upon completion of the project, copies of the survey will be given to individual churches, the British Library, the Diocese of Mekelle, the Harriet Tubman Institute and the Tigray tourism Commission.

The team managed to visit and survey a total of 32 sites during the project. It was very clear from the start of the project that the Enderta and Saharti regions of Tigray were endowed with large collections. The majority of the collections were of hymns, liturgical manuscripts, homilies, a large number of Psalters, and scriptures (particularly of the Gospels). Three of the libraries consulted were striking for the content of the collection which displayed a wide range of theological, philosophical and exegetical works. These three sites are home to a large body of rare manuscripts both in Geez and Amharic, while poor storage conditions threaten the integrity of these collections. Some sample digitisation was undertaken. 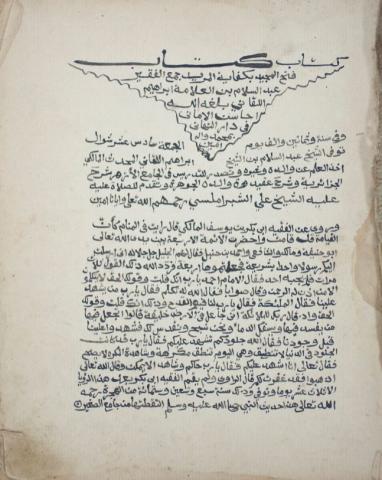 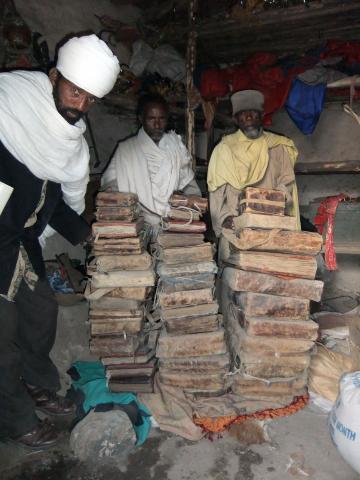 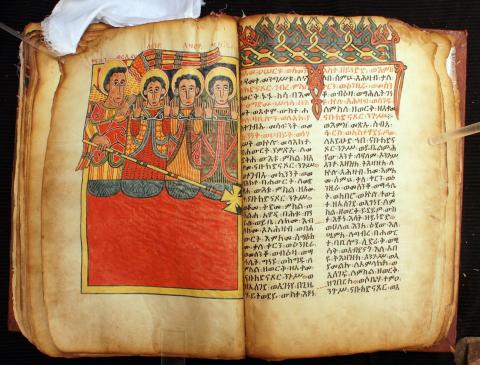