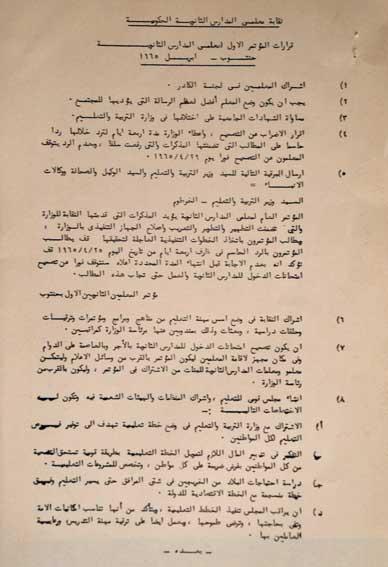 Example from the archive
View archives from this project (201)

This project aims to collect and digitise the endangered archives of the Sudanese trade union movement, based on the survey carried out during the previous pilot project. A website will be devoted to the collected materials and a training course will be held, comprising of 10 weekly sessions of theoretical and practical aspects of archiving and digitisation.

This project will show the struggle to establish Sudanese trade unions by Sudanese workers themselves and will draw attention to the role played by trade unions in the period after the October 1964 revolution, when they dominated the government. In contrast it will also draw attention to other periods when unions were vigorous opponents of different governments and managed to survive the sustained oppression endured under three military regimes.

The archival materials are in very poor physical condition and on the verge of total disintegration. Many trade union leaders keep their documents hidden away, in unsuitable conditions. The materials are kept in houses without any access to modern technology or suitable conditions of storage. Most ex-leaders are aging and it is certain that their families will not take care of their papers. Any delay in undertaking this project means these archival materials will be lost forever. The unstable political situation in Sudan adds to the urgency of the project.

The Sudanese trade union movement played a radical role in the modern history of Sudan. It was a leading force in fighting the colonial state and in achieving Sudanese Independence. Also it offered the people of Sudan a new type of organisation that was not based on tribalism or religious affiliation. Moreover, it was the leading force that masterminded and led the overthrow of two military dictatorships, in 1964 and 1985. All these facts led the movement to be oppressed by three military regimes. It was banned and refused legal existence [in 1958, 1971 and 1989] and its collections have been confiscated by the State Security Services from unions' offices or leaders' homes.

During the pilot survey, there were no trade union archives or archival materials to be found in the National Records Office, universities or private institutions. Even in the national centre of trade unions there is no official archive and they have a collection for the post 2002 period only. The reasons for this were:

An Advisory Committee will help in advising and observing the project. The proposed Advisory Committee consists of: representatives of different trade unions, the National Records Office, veteran leaders of the movement, families of ex-leaders, journalists, academics, solicitors, main political parties, our volunteers and the director of our local partner. The Minster of Labour has agreed to sponsor the project and chair the Advisory Committee.

The main outcomes of the projects will be:

The project succeeded in locating, collecting and digitising the largest collection of Sudanese trade unions documents to be found inside or outside Sudan. Approximately 10,000 digital images have been taken and saved in three different formats: jpg, raw and tiff.

The project also organised a successful training course for trade unionists about different aspects of digitisation. Most of the course was practical, where trainees practised with a digital camera and produced their own images and saved them to a computer. Some of the trainees assisted in copying some of the collection, which was a great hands-on experience for them.

The project created awareness among trade unionists and activists about the importance of preserving archival materials for future generation. Some civil society organisations approached the team about their archival materials that were neglected for so long.

The original copies of the endangered archival materials have been housed in Abdelkareem Murghani Cultural Centre (Omdurman – Sudan) in a specially designed cupboard.

View archives from this project (201) 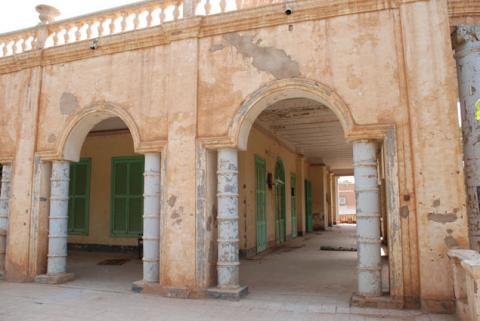 The Abdallah Bey Hamza Collection is a private archive of documents belonging to the northern Sudanese trader and landowner, Abdallah Bey Hamza. Abdallah was an influential figure, granted the honorific title of “Bey” by the Ottoman administration. He traded in the major commodities of 19th and… 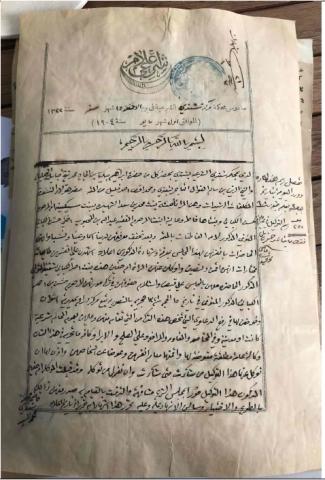 The project aims to lay the groundwork for a large-scale survey and digitisation of endangered private manuscript libraries on the Tunisian island of Jerba. It seeks to accomplish this goal by creating a complete inventory and digital photo repository of a single manuscript collection, that of the… 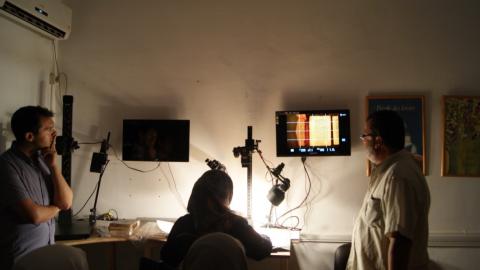