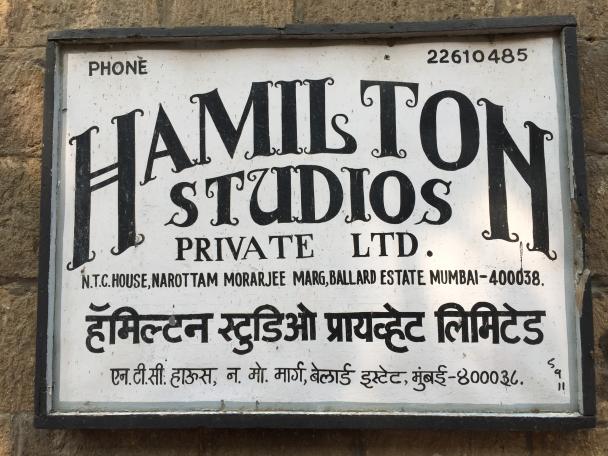 Hamilton Studios was founded by Sir Victor Sassoon in 1928. Hamilton photographed royalty, British Governors army generals, including Lord Brabourne, Lord Willingdon, and maharajas and nawabs, including from Udaipur and Jodhpur, as well as the powerful industrialists such as the Tata family.

The unexplored archive of glass plates illustrates the end of British rule, but also the Indian families that filled the power vacuum after the British left in 1947. This is a subject of continuing academic debate and represents the great narrative of Indian democracy and independence from the British and the maharajas.

The archive is in poor condition due to a Mumbai climate that does not suit long-term storage without specialist conditions, such as archival boxes. Some rooms are air-conditioned which has helped to regulate the studio climate, but the plates and prints require re-boxing.  A lack of modern conservation capacity and skills in the company has also led to neglect. Hamilton staff require training to conserve the archive as well as adding digital copying to their skillset.