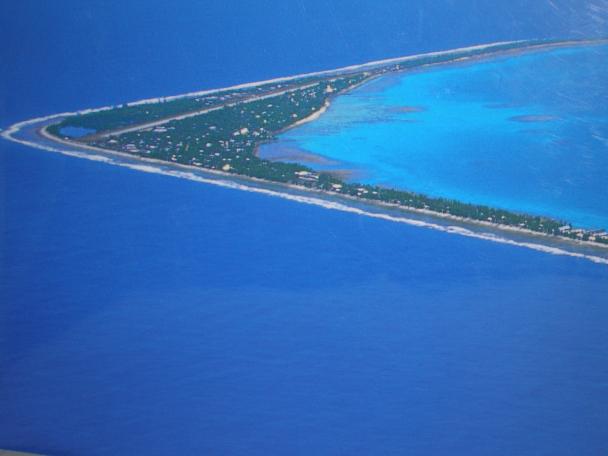 Tuvalu as seen from the air
View archives from this project (1,232)

The Tuvalu National Archives Pilot Project confirmed that vital documentation of the cultural, social and political heritage of Tuvalu is currently held by the Archives. The surviving records of the Ellice Islands District Administration of the Gilbert and Ellice Islands Colony (GEIC) are held in good order at the Tuvalu National Library and Archives (TNLA) together with the item lists prepared by the Western Pacific Archives. In addition the TNLA controls archives of the Government of Tuvalu.

The GEIC archives and part of the Tuvalu government archives are held in an intermittently air-conditioned room on the low-lying atoll of Funafuti. Although comparatively well housed, the archives are endangered, at best, through frequent and heavy use and, at worst, through risk of being washed away in a cyclone-prone area. Environmental and handling damage is occurring to key customary records. There is evidence to indicate that sea levels have risen and that flooding in Tuvalu is more prevalent than formerly. Many garden pits and wells that formerly held a fresh water lens are now directly affected by high tides and are now saline; parts of the underlying coral structure have been so damaged both by nature and by man (especially during World War II) that formerly productive lands are no longer useful.

The National Librarian and Archivist, Mrs Mila Tulimanu, and others on Funafuti feel a sense of urgency regarding the need to secure Tuvalu 's archival holdings in the immediate future, particularly since the flooding of archives in Niue by Cyclone Heta in January 2004. (Tuvalu is a much lower island and more vulnerable than Niue.)

Based on the survey results and reformatting experience gained in the Tuvalu National Archives Pilot Project, the major project would undertake the following activities:

This major project has accomplished extensive preservation reformatting of document in or relating to Tuvalu, as follows:

In total, combined with the pilot project EAP005, 70,343 image files, comprising 1,276 documents, and 55 reels of microfilm have been produced.

This extensive body of reformatted documents provides insurance against possible damage to the original records which are vulnerable to storms, cyclones, sea surges, floods and rising sea levels.

Master negatives of the microfilms will be held in cold storage in the National Library of Australia.