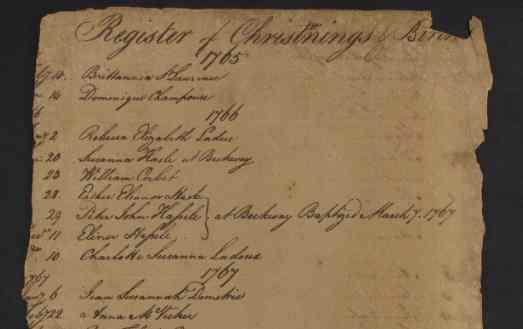 This project seeks to digitise manuscripts relating to slavery and the immediate post-slavery era held at the Eastern Caribbean Courthouse, Kingstown, Saint Vincent. The records in question comprise Deed Books, Powers of Attorney and Wills. The documents contain extensive information on land transactions, plantation ownership, testamentary practices, and slaveholding: they are essential for any serious investigation of slavery and plantation life on Saint Vincent and the post-slavery period from 1834 to 1865. This pilot project is an extension of two completed investigations (EAP345 and EAP688) that digitised Deed Books for Saint Vincent.

This project focuses on historical manuscripts for the Caribbean island of Saint Vincent when it was an important sugar producing colony in the British Empire. The main outcome of the current application will be the digitisation of 39 bound manuscript volumes of Deeds, Wills and Powers of Attorney for Saint Vincent for various dates between 1780 and 1865. These historically important volumes contain essential information about the history of Saint Vincent. They have barely been used by historians. This project will disseminate their significance to a broad scholarly audience through digitisation.

This application focuses partly on the same class of records (namely the Deed Books of St Vincent) that were digitised as part of project EAP345 (“A survey of the endangered archives of St Vincent, West Indies, during the slavery era”) and the major research project EAP688 (“Digitisation of the Deed Books in St Vincent for the slavery era, 1763-1838”). In addition, some contemporary manuscript volumes of Wills and Powers of Attorney are also included in this new application: these will add further detail to the information within the Deed Books.

The collections are historically important documents for the slavery and immediate post-slavery era in Saint Vincent at a time when that small island produced large amounts of sugar and coffee that enriched British imperial coffers. The documents have been almost entirely neglected by scholars, even by those of Caribbean origin. The manuscripts are essential for any serious research into the social, economic and legal history of Saint Vincent and the Grenadines. One might add that historical study of Saint Vincent and the other Windward Islands in the Caribbean is seriously under-developed compared with the plentiful scholarly studies of Jamaica, Barbados and Trinidad.

The material comprises 39 bound manuscript volumes of Wills, Powers of Attorney and Deed Books for various dates between 1785 and 1865. The manuscripts are owned by the Eastern Caribbean Court. Nine are deposited at the National Archive of Saint Vincent & the Grenadines, Kingstown, Saint Vincent. The other 30 are held in chaotic conditions in the court vault in Kingstown. These documents are important for research for several reasons. The Deed Books constitute the major surviving series of volumes that document the history of Saint Vincent during the era when it was a British possession largely based on sugar and slavery. They record all property and land transactions on the island, giving the names of properties, identifying buildings and plots of land, and indicating the names and residences of investors and the amount and means of their financial investment. The Powers of Attorney, granted by the Registrar of Saint Vincent, essentially record the same information, though they frequently cover land and property not systematically covered in the Deed Books. The content of the Wills should be self-explanatory. These three classes of documents are available nowhere other than in Saint Vincent; they have never been microfilmed or digitised. They provide comprehensive information on the economic and social history of Saint Vincent between the American Revolution and the mid-nineteenth century.

The following volumes have been digitised as part of EAP1013:

The above volumes complement similar documents already digitised as part of the EAP345 and EAP688 projects on Saint Vincent.

EAP1013/1/4 St Vincent Marriages, Baptisms and Burials Register 1765-1820 has been transcribed by Find my Past. You can search the birth and marriage records by going to: 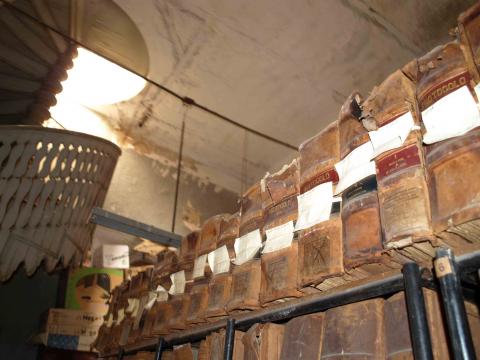 We propose the digitisation of the Barbados Mercury and Bridgetown Gazette, a newspaper printed bi-weekly in Barbados from 1783 to 1839. The newspaper is bound in volumes and housed at the Archives Department. It is the most complete set of the Gazette and the only copies known to exist. Other… 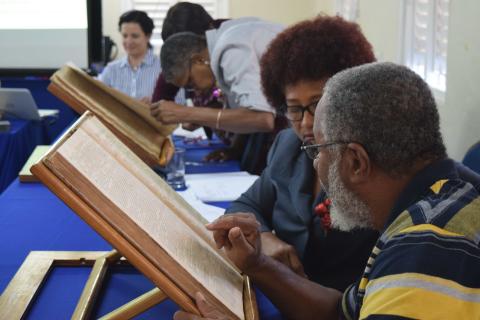 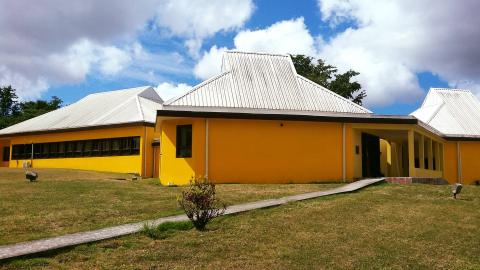