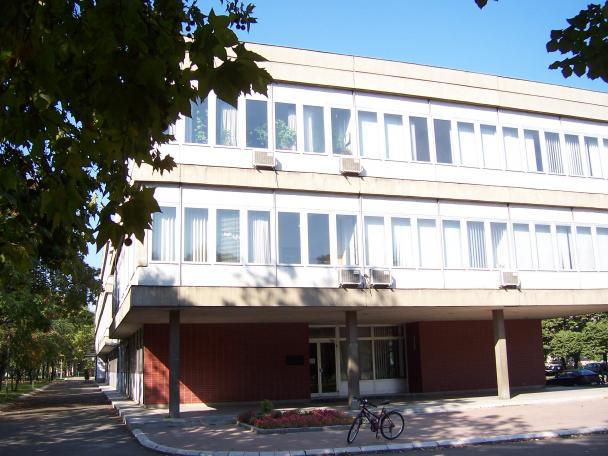 The Historical Archive building
View archives from this project (994)

Choral societies were the most prominent participants of Serbian musical culture in the 19th century. After five centuries of Turkish supremacy over the Serbian territories and almost lifeless musical tradition (except folk music), the second half of the 19th century was a period of new cultural and musical growth based on European musical practice. The earliest Serbian choral societies were organized by people settled in the Habsburg Monarchy (Budapest in 1834, Pancevo in 1838, etc.), and inhabitants from liberated cities (southern from Sava and Danube River) followed them after 1853.

Between 1834 and 1914 over 150 Serbian choral societies were founded. Some of them had extremely rich musical libraries, with thousands of scores and choral parts. Unfortunately, only few of them preserved their full musical collections, which often included original manuscripts. Numerous collections were lost, divided or even destroyed. However, many of them still exist, but kept in inadequate conditions.

The musical collection of the Craftsmen choral society from Zemun contains 27 large boxes of material: manuscripts, handwritten copies and printed scores, mostly choral music, as well as stage music. Some documents concerning the history of the Society are also attached to it, but they are not numerous. There are compositions written by Serbian, Russian, Czech, German, Austrian and Italian composers.

This collection is an excellent example of the typical musical taste of a growing citizen class, with its own distinct markings. Judging by stamps and signatures, one might conclude that parts of other choirs' libraries were added to the Craftsmen choral society. These are the Serbian Orthodox Choral Society and the Academic Choir, both from Zemun, and the Cathedral Choir from Novi Sad.

This material is currently kept in the attic of the parochial house in St Nicolas church in Zemun. It has been transferred four times in the last ten years and kept in inadequate conditions (high humidity, direct sun light, etc.) which has caused severe damage to some documents. The church authorities are not interested in the preservation of this material.

The main goals of the project are microfilming of the material and relocation to the Historical Archive of Belgrade with its adequate storage conditions.

There are no specialised musical archives in Serbia, and even standard archives usually do not contain musical sources. On the other side, many 19th century resources, including original manuscripts by some of the most famous composers, are being kept in inadequate conditions and unavailable to interested scholars or researchers. Therefore, Voiceless choirs project is the first organised attempt to change this situation in the last 50-60 years in Serbia. It will be focused on preservation of a valuable material and its accessibility to the wider international circle of researchers.

Without the project the musical documentation will be destroyed. This is the only musical material representing the activities of Serbian choral societies in Zemun in the 19th and first half of the 20th century. If it vanishes all the direct traces of their work will be lost.

This project successfully transferred the musical collection compiled by Zemunska zanatlijska pevacka zadruga (Craftsmen choral society from Zemun) and relocated it in the Istorijski arhiv Beograde (Historical Archive of Belgrade). The material was cleaned, classified and listed (in Serbian and English). Two sets of microfilm copies were created, one set of 32 microfilm reels was deposited with the British Library, the other set was deposited in the Historical Archive of Belgrade. The project also had educational significance in providing musicology students from the Faculty of Music in Belgrade with the opportunity to be acquainted with the project in the Historical Archive. Access to the originals will be restricted due to the bad condition of the material.

The collection contains two register books and 35 boxes of documents dating from 1871 to 1982. The largest part of the collection is musical compositions, mostly choral, from the Craftsmen choral society; the smaller part contains general documents such as correspondence and administration.

View archives from this project (994)