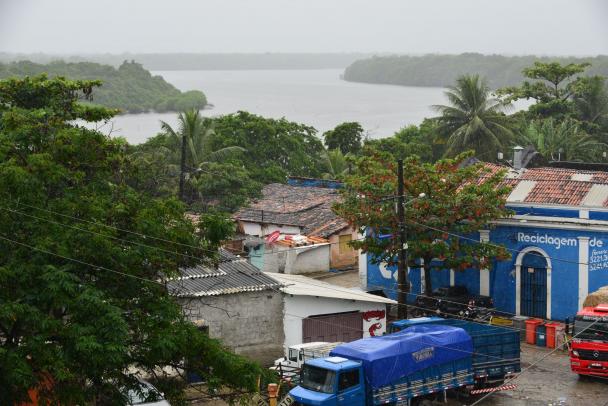 View of João Pessoa
View archives from this project (297)

The ability to study the history of African and Indian descendants in Paraíba depends on these documents, yet they are dangerously close to disappearing. The ecclesiastical sources provide evidence on the lives and origins of enslaved Africans, marriage practices, miscegenation, and extensions of kinship through god-parentage. The land grants and official documents are fundamental to understanding how the Brazilian territory ceased to be land and became property in the initial centuries of colonisation. These documents provide a wide source base for historical study, reflecting the participation of several sectors of the population in colonial and imperial Brazil.

The ecclesiastical documents are precariously stacked upon each other in a small wooden cabinet held together by a bungee cord, in a room with no climate control, with the oldest books wrapped only in plastic grocery bags for protection. The oldest books are faded and suffer from insect damage. The oldest of the secular documents are no longer made available to researchers. The ink has eaten through the pages, water and insect damage have left holes, and the pages are extremely thin and fragile.

The ecclesiastical records date from 1752 to 1931 and the secular records date from 1660 to 1888 – the year in which slavery in Brazil became illegal. The records are triply threatened: they have been abandoned by the state, which does not invest in their preservation; they are condemned to loss by well-intentioned but un-trained staff, and; while on the coast they are left to heat, humidity and mould, in the hinterlands they are left to heat, dust, and insects. These documents are in urgent need of digitising and safeguarding.

The project will be jointly carried out with faculty and graduate students from the Department of History of Vanderbilt University, the Núcleo de Estudos e Pesquisas Afrobrasileiros e Indígenas (NEABI) of the Universidade Federal da Paraíba (UFPB), and the Núcleo de Documentação e Informação Histórica Regional (NDIHR) of the UFPB.

Training, promoting the project, and sharing research generated from the digitised documents are also key activities within this project. Historians and professionals in arquivologia – or the study, maintenance, creation, and development of archives, as it is known in Portuguese – will work in key leadership positions of the project, sharing their knowledge and skills with students and archive professionals. At the beginning of the project, professors, archive staff, and graduate students from partner institutions and local archives will participate in a three-day orientation, including workshops on palaeography, digitisation, and conservation of historical documents. At the close of the project, professors and graduate students from Vanderbilt and the UFPB will take part in mini-conferences describing and promoting research in João Pessoa.

Students and archivists will receive basic training in document preservation and archival organisation. At the end of the project, in addition to creating a digital archive of the oldest documents from the state of Paraíba, the project team will leave each archive with copies of the digitised documents, a basic catalogue of the digitised archival holdings (currently lacking in two locations), and documents organised in acid-free folders and boxes. Further, students will create meta-data and transcriptions for key collections, taking advantage of handwritten transcriptions found in archives when available.

A digital archive will be created containing the oldest and most endangered records of the state of Paraíba in Brazil. The archive will contain approximately 100,000 images and their corresponding listing metadata. These images will be redundantly stored in external hard drives and network servers at Vanderbilt University. Each of the following institutions will receive at least three complete copies of the archive: the Núcleo de Estudos e Pesquisas Afrobrasileiros e Indígenas (NEABI) da Universidade Federal da Paraíba (UFPB) in João Pessoa, Paríba, Brazil; the Núcleo de Documentação e Informação Histórica Regional (NDIHR) da UFPB also in João Pessoa, and; the Jean and Alexander Heard Library, at Vanderbilt University in Nashville, Tennessee, USA. In addition, the project will provide the following institutions with copies of their respective digitised documents: the Paróquia de Nossa Senhora dos Milagres do São João do Carirí in São João de Carirí, Paraíba; the Instituto Histórico e Geográfico Paraibano (IHGP) in João Pessoa, and; the Arquivo Histórico Waldemar Bispo Duarte, also in João Pessoa. A complete copy of the archive in the form of two external hard drives will also be sent for archival storage at the British Library. The complete archive will be made available for researchers worldwide on the Ecclesiastical and Secular Sources for Slave Societies (ESSSS) digital archive, currently found at www.vanderbilt.edu/esss.

In addition to the creation of a digital archive of documents from Paraíba, this project will have also generated a group of skilled students, professors, librarians, and archivists who possess both the experience and equipment necessary to be leaders in the digitisation of historical documents in the Brazilian Northeast.

View archives from this project (297) 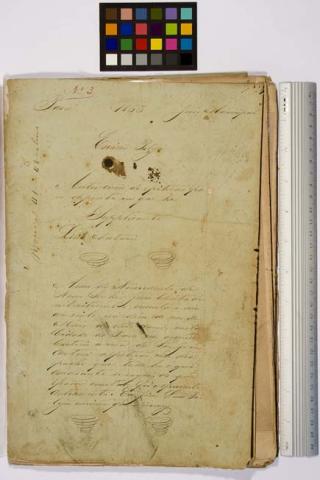 The project´s goal is to digitise a collection of manuscript documents deposited at the Arquivo Público do Estado da Bahia (Bahia State Archives-BSA): the 841 volumes of the Notary Records Books produced between 1664 and 1889, this last date being the year the Republic was proclaimed, and one year… 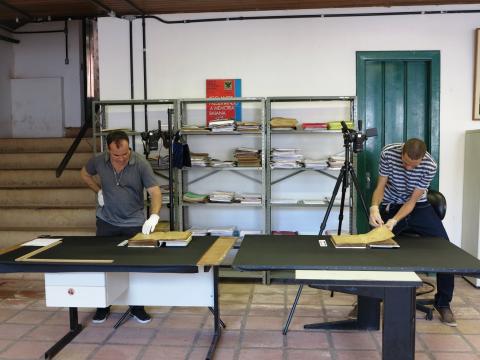 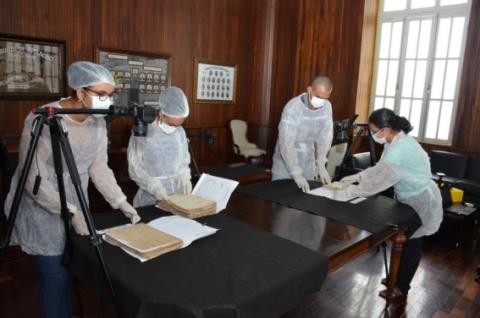